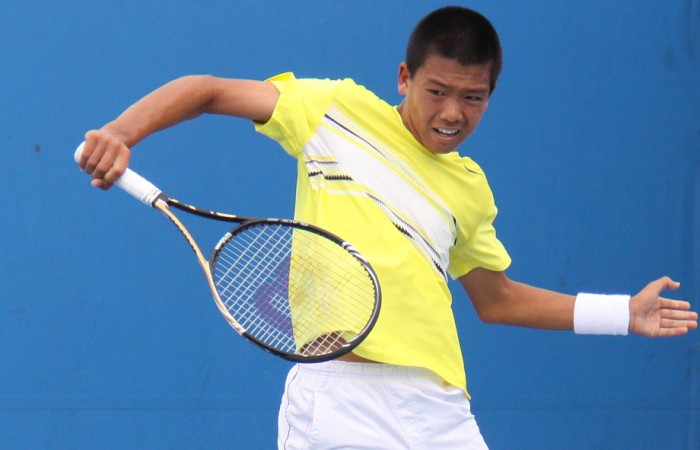 Panoho started well in her match against Victorian Eliza Long, taking the opening set 6-3. But the dropped set only seemed to spur Long on who came out firing in the second set, taking it 6-2 before sealing her spot in the final four by taking the third set 6-1.

Third seed Brooke Rischbieth was also on the wrong end of the scoreline in her quarterfinal against unseeded Victorian Brigette Beck, who saluted 6-2 6-4. But the news was better for second seed Astra Sharma who outclassed Alexandra Osborne in straight sets, 6-3 6-2.

Danielle Wagland grabbed the last spot in the final four with a tough 6-3 1-6 [10-7] win over Stephanie Yamada.

In the boys’ event, Tu had a battle on his hands in the opening set against Ryan Frawley. The two slugged it out toe to toe, before Tu grabbed the advantage in the tiebreak, taking it 7-6(5). Contrasting the first set, the second belonged to Tu who skipped away to a 6-0 win.Other boys’ quarterfinal winners included Matthew Tanza, second seed Jay Andrijic and George Wall.

The semifinals will begin tomorrow at Melbourne Park at 9:00 am, entry is free.