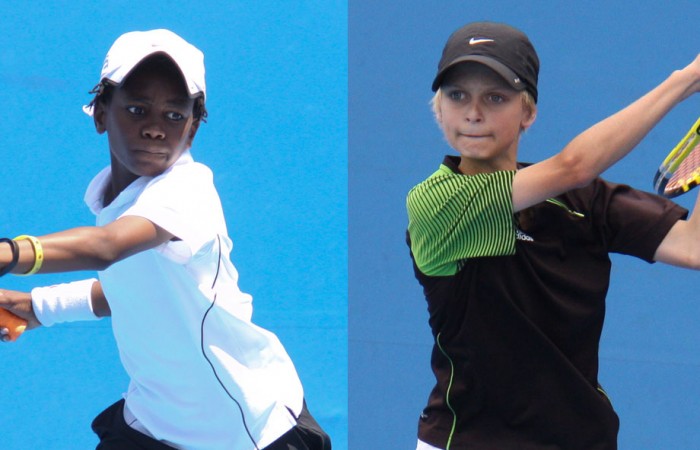 Top seeds New South Wales team made up of Benard Nkomba, Kody Pearson and Rinky Hijikata were the favourites heading into Saturday’s final.

New South Wales’ No.1 Benard Nkoma got the visitors away to the perfect start with a hard-fought 7-5 2-6 6-1 victory over Chase Ferguson.

Up 1-0, Kody Pearson sealed the victory for the top seeds with a straight-sets 6-2 7-5 win over Victoria’s Todd Millington. The third rubber was not played.

Jaimee Fourlis came out firing in the opening rubber, defeating Zhao Lee 7-6 6-2. Tang Qian Hui struck back for the team from China with a 6-4 6-1 win over Vivian Fidantsis to level the tie at one rubber apiece. But in the doubles, the Victorians grabbed an early lead and rode it to victory with a 6-1 6-4 win, with Stephanie Serafidis and Fourlis joining forces to defeat Lee and Qian Hui.

With the teams event finished, the Optus 12s Australian Championships will get underway on Sunday 11 December.

> Find out more about the Optus 12s Australian Championships