Davis Cup to be played in Geelong 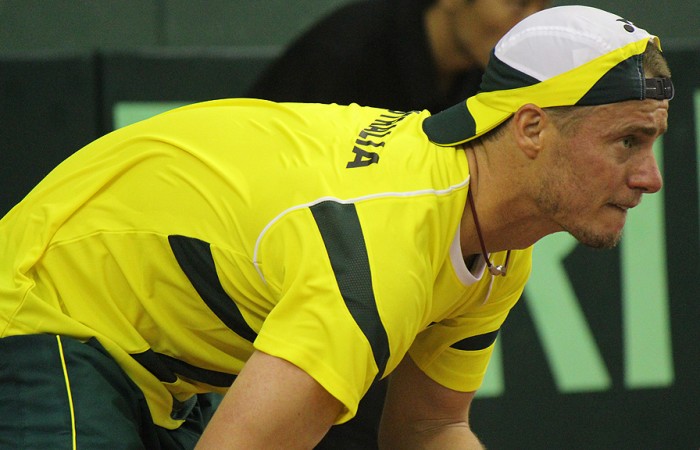 For the first time in the event’s history, the world’s biggest annual team sporting competition will be played in Geelong.

Tennis Australia today announced that Geelong Lawn Tennis Club had won the right to host the Davis Cup by BNP Paribas Asia-Oceania Zonal tie against China from 10 to 12 February 2012.

“We are delighted to be holding a Davis Cup tie in Geelong. There is a terrific tennis community in the region and the proposal had strong council and broad community support. Geelong has some excellent infrastructure and facilities that will help make this tie a success,” Tennis Australia Major Events Director Steve Ayles said.

“The Victorian Major Events Company put in a strong bid, and I’d like to thank them, along with the Victorian Government and City of Greater Geelong for their support.  Together we look forward to putting on a world-class event next February.”

Australian Davis Cup captain, Pat Rafter, added: “We are looking forward to heading to Geelong. Our planning has already started for this tie and we are hellbent on playing well and winning.

“The boys really enjoy playing on grass and are keen to get on the local courts as early as we can.

“We always get great support when we go to regional centres and we will be keen to give the people of Geelong a good look at some top class Davis Cup tennis,” Rafter continued.

The win is a feather in the cap for the Geelong Lawn Tennis club, provincial Australia’s oldest tennis club, and one that already boasts a Davis Cup connection. Jack Hawkes, a club member in the 1920s, represented Australia in Davis Cup from 1923 to 1925, competing against players such as the legendary French “Musketeer” Rene Lacoste.

“We are excited by the opportunity a Davis Cup tie offers to showcase our great club, and the ability of the Geelong region to successfully bid for and conduct major events,” Geelong Lawn Tennis Club President Bob Spurling said today.

“We are grateful for the support and assistance provided to us by the City of Greater Geelong through its events arm, Geelong Major Events, and also to the State Government through Victorian Major Events.

“We believe the event can deliver lasting benefits for the club and the wider tennis community, and look forward to seeking the assistance of the many volunteers we will need as the host venue.

“It has been great to secure the tie, but the real work starts now, to work with Tennis Australia to deliver a memorable result,” Spurling continued.

Details on ticket prices and on-sale dates will be announced shortly.