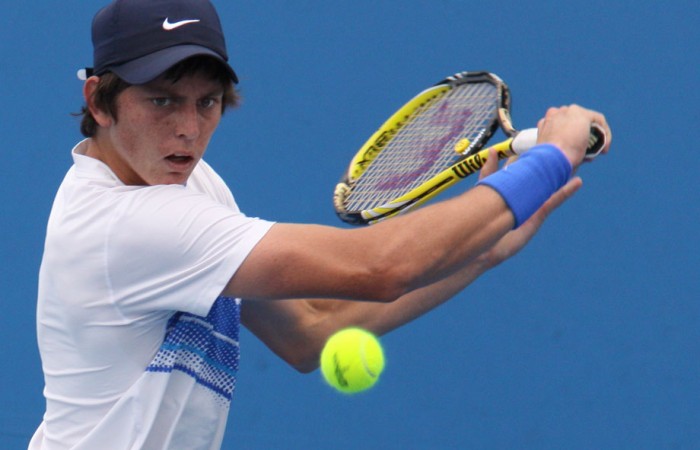 Whittington took the first set thanks to some clean forehand winners and handy work at the net, but O’Connell fought back in the second, forcing a tiebreaker.

After racing out to a quick 3-0 lead, Whittington looked all but home, but O’Connell reeled in the deficit.

“It was really tight out there and I just stuck to my game plan – coming to the net and hitting big serves – and I’m happy with the win,” said Whittington after the match.

The 18-year-old from Victoria will now prepare to play top seed Saville in Sunday’s final, but he’s treating it like any other match.

“It’s [just] another match tomorrow. Luke’s a good mate of mine and tomorrow’s another day … I’ll go out there and fight for everything and I’m sure he’ll do the same.”

In the second girls’ Optus 18s Australian Championships semifinal, second-seeded West Australian Storm Sanders was too strong for fifth seed Viktorija Rajicic, defeating her 6-2 7-5 in one hour and 11 minutes.

The boys’ doubles final was won by Rhys Johnson and Darren Polkinghorne who defeated Jay Andrijic and Joey Swaysland 7-5 7-5 in a tight affair.

In the girls’ semis, No.1 seed Sara Tomic continued her good form with a 6-2 6-2 victory over fitth-seeded Queenslander Lizette Cabrera. Tomic will play second seed Priscilla Hon in the final after Hon outclassed Destanee Aiava in straight sets, 6-3 6-0. 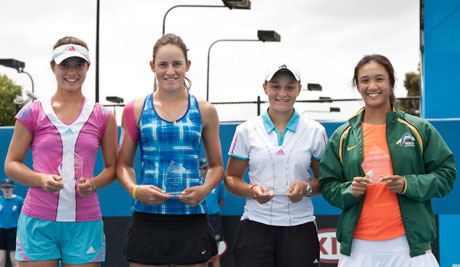 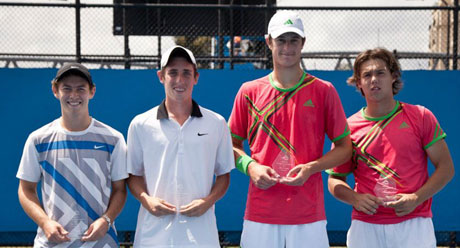