The seeds make their mark in the Optus 14s

It was a good day for seeded players on Thursday at the Optus 14s Australian Championships at Melbourne Park. 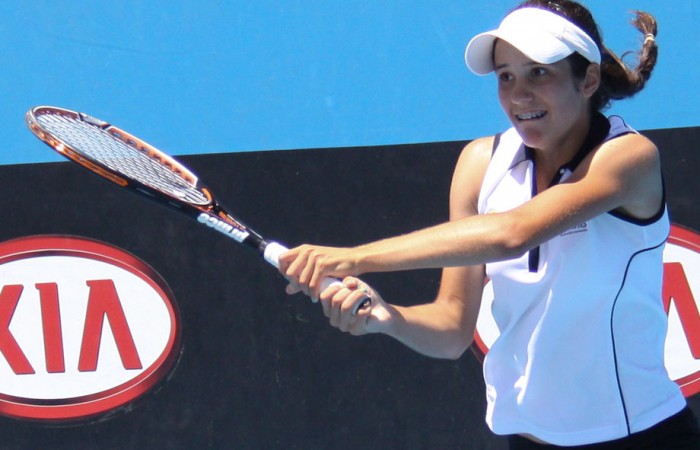 Tomic will next face 11th seed Maddie Antoun who accounted for No.7 seed Natalie Rogers 6-1 6-0.

> Check out the latest photos

Tomic was joined in the quarters by No.4 seed Pamela Boyanov and No.9 India Warren, who defeated Anja Dokic and Rosie Cheng respectively in straight sets. Warren will take on wildcard Destanee Aiava who upset 15th seed Sasha Bollweg, 6-0 6-3.

The smooth progression of seeded players was a theme replicated in the boys’ event, with all but one progressing to the third round.

The anomaly was 10th seed Mitchell Harper, who fought hard in a tight first set before falling 7-5 6-1 to New Zealander Connor Heap. Heap will next face No.6 seed Jack Lyttle, who blasted past Kody Pearson 6-1 6-1.

The top four seeds progressed to the last 16 without a hiccup save for third-seeded Kyle Butters, who dropped the second set against Richard Yang before righting the ship to win 6-2 4-6 6-0. Top seed Marc Polmans and No.4 seed William Matheson were in particularly devastating form, winning 6-3 6-0 and 6-0 6-0 respectively.

In the only match not to feature a seed in the boys’ draw, Marcel Du Sart defeated Kemal Kukuljac in straight sets to join Heap as the only unseeded player remaining in the event. Du Sart will next take on fifth seed William Berrigan, a three-set winner over Victorian qualifier Daniel Nguyen.