The AO trophies visit Home & Away

After a successful trip to Canberra, Australian Open Trophies, Norman and Daphne, hit the road and ventured north to Bowral in the New South Wales (NSW) Southern Highlands. 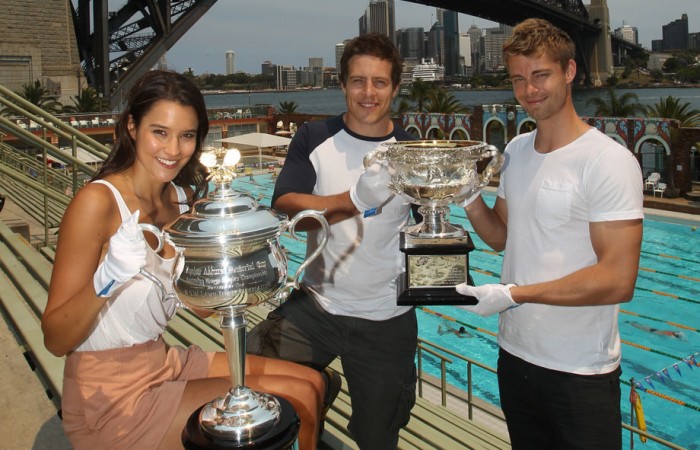 After a successful trip to Canberra, Australian Open Trophies, Norman and Daphne, hit the road and ventured north to Bowral in the New South Wales (NSW) Southern Highlands.

Upon arrival they visited the International Cricket Hall of Fame, which was built in honour of Bowral local and Australian cricket great, the late Sir Donald Bradman.

Norman and Daphne were joined by some local MLC Tennis Hot Shots on a VIP tour of the facility, and enjoyed photo opportunities with a full-size statue of Sir Donald, as well as the Sheffield Shield, one of Australia’s most prized cricket awards.

The next day, Norman and Daphne polished themselves up to look their shinny best for their public viewing at the Bowral Tennis Club, which coincided with the region’s Premier League Finals.

Pru Goward, NSW Minister for Family and Community Services/Minister for Women, and Harry Beck, President of Tennis NSW, were among the tennis fans lined-up to feel like a Grand Slam champion by having their photo taken with Norman and Daphne.

Following Bowral, the Australian Open Trophies jumped back on the Hume Highway to Sydney where they rubbed shoulders with a number of famous faces, including stars of popular TV show Home & Away, media personality Alan Jones and former Australian Open champions – John Newcombe and Ken Rosewall.

Daphne and Norman rounded off their trip with an appearance on the news desk of 7 News Sydney. 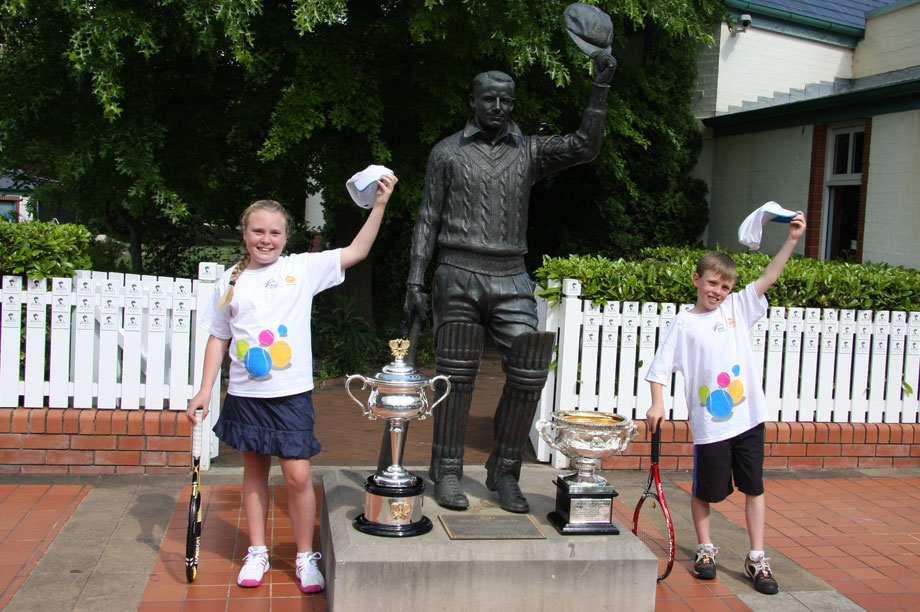