Sam Stosur has been crowned Queensland’s Sports Star of the Year at a gala dinner in Brisbane. 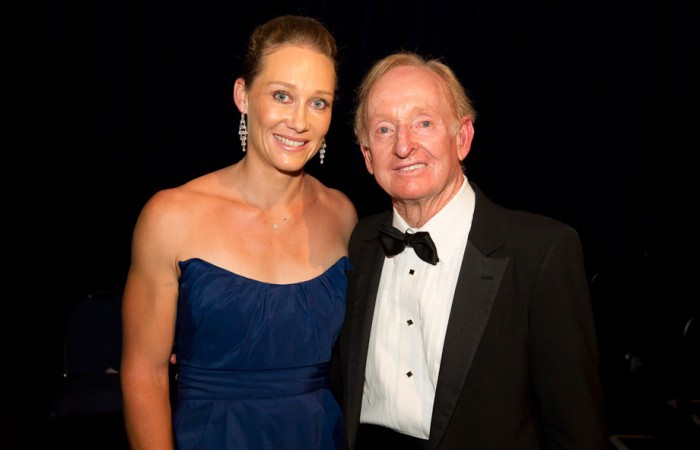 Sam Stosur has been crowned Queensland’s Sports Star of the Year at a gala dinner in Brisbane.

Stosur wasn’t the only tennis player to be called to the stage at the Queensland Sports Awards. Ash Barty was awarded the Junior Sports Star of the Year award for her brilliant year on the junior tour.

For Stosur, the award caps off a great year that saw the world No.6 win her first Grand Slam title at the US Open with a commanding straight-sets win over Serena Williams.

Stosur was presented her award at the Brisbane Convention and Exhibition Centre in the presence of some of Australia’s greatest sporting stars.

Tennis legends Rod Laver and Roy Emerson were on hand to watch Stosur collect her award.

“I am humbled to be here tonight in the presence of so many legends and it is a great thrill to be rewarded for achieving the dream,” Stosur said.

Emerson and Laver were two of 11 inaugural inductees into the Queensland Sporting Hall of Fame.

Laver said he became a Stosur fan after watching her contest the 2010 French Open final, which she lost to Francesca Schiavone.