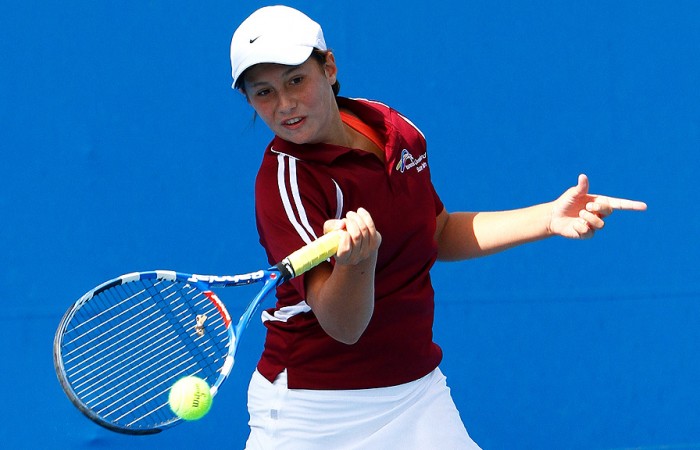 Kicking off the action on Wednesday 23 November is the 2011 Optus 14s Australian Team Championships.

The 14s Teams event will feature some of Australia’s upcoming talent competing for their home state, with the boys battling for the Sproule Stephens Trophy and the girls playing for the Mary Hawton Trophy.

Tournament Director Francis Soyer is expecting another spirited battle between the teams.

“With players representing their states there’s bound to be some hot competition and we’re looking forward to seeing some of our best young players in a team format.

“This will also give the players a solid preparation before the Optus 14s Australian Championships next week,” Soyer said.
Boys’  teams

Teams will be split into two round-robin groups before playing off in semifinals based on their order after the completion of the round robin stage.

The December Showdown is the curtain raiser for the Australian tennis season. The best players in each age group, 12s, 14s, 16s and 18s will compete during the three-week carnival of tennis at Melbourne Park, home of the Australian Open.