Tennis icon Roger Federer won the 800th match of his storied career on Friday with a 6-3 7-5 defeat of Argentine Juan Monaco to set up a semifinal at the Paris Master with Tomas Berdych. 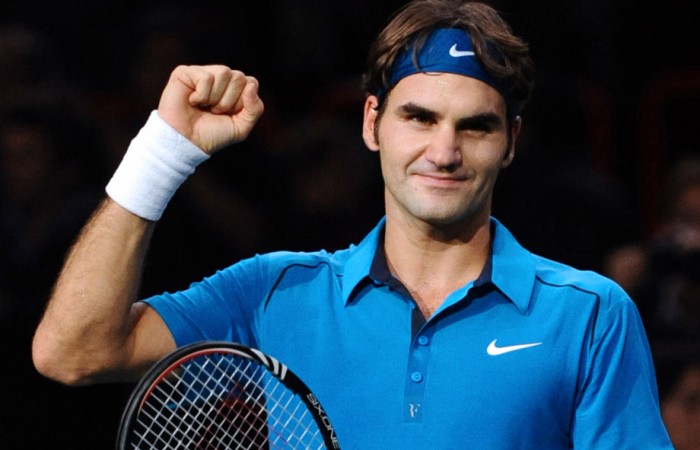 Tennis icon Roger Federer won the 800th match of his storied career on Friday with a 6-3 7-5 defeat of Argentine Juan Monaco to set up a semifinal at the Paris Master with Tomas Berdych.

The Swiss holder of a record 16 Grand Slam titles who lifted his 68th trophy last weekend in Basel, claimed both his first and his most recent wins in France, scoring his first ATP success in September, 1998, in Toulouse over Frenchman Guillaume Raoux.

Federer ended after just under 90 minutes against Monaco with his seventh ace, lifting his record to 57-12 for the season. He is the seventh man in tennis history to break the 800-win barrier.

He has also won his past 62 matches against players ranked outside the top 20 as he beat number 34 Monaco.

The frustrated Murray ended with a forehand wide on a second match point for fifth seed Berdych, who qualified into the field for the year-end World Tour Finals starting a week from Sunday in London.

The struggle lasted for nearly three-and-a-quarter hours, with Murray missing on 15 of 17 break point chances and Berdych managing to break only twice from 14 opportunities.

“At this stage of the season, and how I have been feeling this week, it’s tiring,” said Murray, whose 18-match win streak, which included three Asian titles, was ended.

“You obviously have to do a lot of running at times. He dictates what happens, makes mistakes and then hits a lot of winners and some big serves.

Murray will head home to London to prepare for the eight-man season wrap-up without having ever reached a semi at the Bercy arena.

“I got good practise going into London, but I’ll need to work on a few things. I was moving much better than I did in my first match by the end of this one.

“I was really unhappy with the way I hit my backhand today, which is normally my most solid shot, so that’s something I’ll look to work on.”

Berdych now stands 3-1 over Murray in their series, winning their past three dating to 2006 and including a victory last year at Roland Garros.

“It was really one of the best three-sets matches I played, with the quality,” said the Czech.

“This kind of match cannot happen with just one player, Andy played a good game, as well.

“I’m the happier one today. I love going to the court to try to play matches like that. It’s the best feeling.”

Off court, top seed Novak Djokovic pulled out to hand Frenchman Jo-Wilfried Tsonga a walkover into the last four due to a shoulder injury.

The Serb world number one said his shoulder had worsened after his 4-6 6-3 6-1 victory over compatriot Viktor Troicki on Thursday.

“Sadly I have to inform you that I have withdrawn from the further tournament,” Djokovic announced on his official website.

“I have pushed myself to the limit by playing, and after the match yesterday my shoulder got worse.”

ATP officials said Friday that Djokovic flew directly to his Monte Carlo base to begin treatment by the same specialists who somehow got him fit for a Paris start after re-injuring the shoulder in last weekend’s Basel semifinal loss to Kei Nishikori.

With players for the eight-man World Tour Finals in London due in on Thursday, the timetable gives Djokovic at least six treatment days.