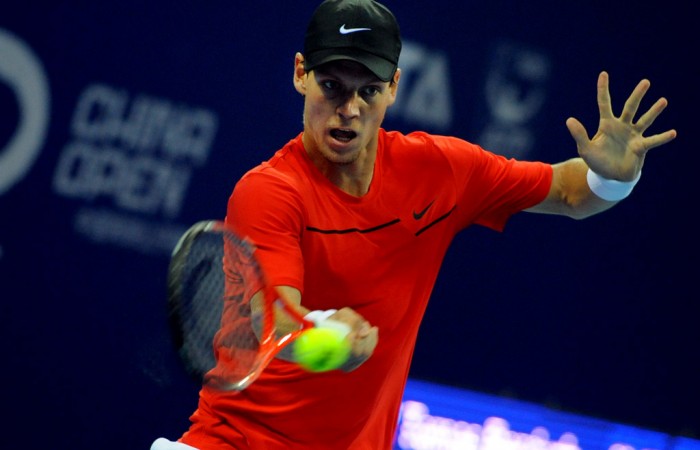 Berdych booked his berth for a second consecutive year as a result of Argentina’s Juan Martin del Potro losing in the semi-finals of the Valencia Open on Saturday.

The 26-year-old joins Novak Djokovic, Rafael Nadal, Andy Murray, Roger Federer and David Ferrer with the final two spots to be decided at the Paris Masters next week.

France’s Jo-Wilfried Tsonga and American Mardy Fish are well placed to book their tickets, given that ninth-placed Spaniard Nicolas Almagro would need to reach the final in Paris to overtake them.

World No.7 Berdych captured his sixth career ATP title in Beijing last month – his first since May 2009.

“It feels great to qualify for the second consecutive year,” said Berdych.

“It was one of my goals at the beginning of 2011 and my results have been very consistent this season.

“I have great memories of The O2, the event was amazing last year and I hope I will do better this time.”