Novak Djokovic was tested on his competitive comeback on Tuesday, beating Xavier Malisse 6-2 4-6 7-5 in the first round of the Swiss Indoors. 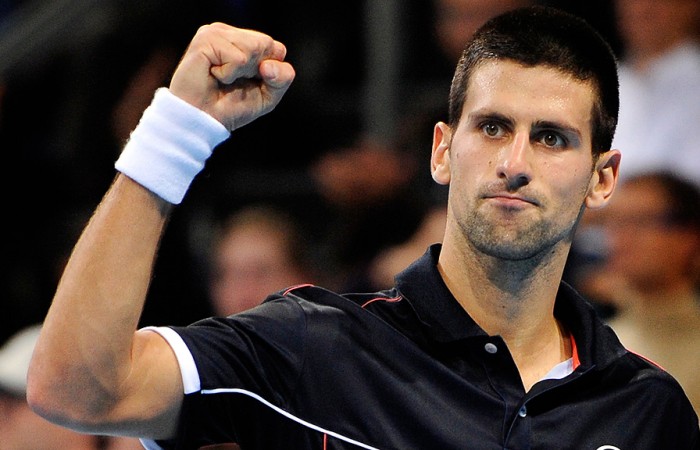 Novak Djokovic was tested on his competitive comeback on Tuesday, beating Xavier Malisse 6-2 4-6 7-5 in the first round of the Swiss Indoors after being sidelined for six weeks with a back injury.

The top-ranked Serb endured some difficult moments before improving his record this season to 65-3.

Djokovic arrived on court for the first time since September 18 wearing a fright mask resembling rock star Alice Cooper the night after Halloween.

Dressed all in black, Djokovic was suitably ruthless when breaking his Belgian opponent’s first service game.

However, Malisse pressed the US Open champion in the second set and broke in the ninth game.

Djokovic broke to lead 2-0 in the decider, and Malisse required a medical time-out one game later after colliding with the umpire’s chair when racing to retrieve a drop shot.

However, Djokovic failed to serve out the match at 5-3 and wasted a match point chance in the next game.

The Serb then quickly closed out the last two games to complete a two-hour, 13-minute workout.

When Djokovic last played, he retired in a Davis Cup singles match against Juan Martin del Potro of Argentina.

Earlier, fifth-seeded Mardy Fish retired against fellow American James Blake after just one game because of a hamstring injury.

Fish held serve in the opening game and lost the first point of the next game when he decided the pain in his left leg was too much to continue.

Fish is hoping to qualify for the season-ending ATP World Tour Finals for the first time.

He stands in the eighth and final qualifying spot for the tournament starting in London on November 20.

Although Fish cannot be overtaken this week, the last qualifying tournament is next week in Paris.