Stosur calm ahead of Sharapova match

Samantha Stosur is taking a relaxed attitude into her opening match against nemesis Maria Sharapova in Istanbul. 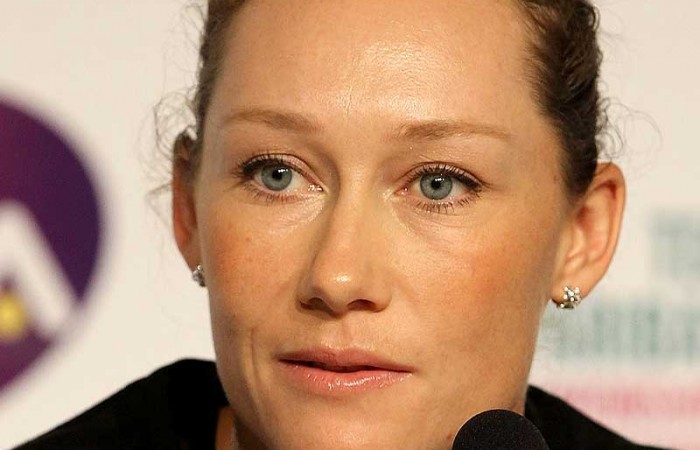 Samantha Stosur is taking a relaxed attitude into her opening match against nemesis Maria Sharapova at this week’s season-ending WTA championships in Istanbul.

Stosur has never beaten the Russian in nine encounters, a run dating back to 2004, ahead of Tuesday’s round robin match (Wednesday AM AEDT) at the Sinan Erdem Arena.

The expectations on the Australian this week have been tempered by the sight of Sharapova and Victoria Azarenka on her half of the elite $A4.8m tournament.

Stosur has never defeated Azarenka in four matches while the Queenslander enjoys a 5-0 win-loss record against Li Na, the other competitor in the group.

The US Open champion said the quality of the eight-player field and topsy-turvy nature of women’s tennis at the moment made it hard to predict results.

“In some ways it does take pressure off knowing you just have to play well,” she said.

“It is the last tournament of the year I don’t think there is too much to lose for everyone.

“We just want put it all out there and see what happens.”

Stosur has had major problems in the past dealing with Sharapova, the Australian’s heavy top-spin putting the ball in the tall three-time grand slam winners strike zone.

“If I am playing some of the shorter girls then my shots do bounce up higher and it is out of their zone whereas if you are playing someone six foot whatever, that hitting zone is much nicer for them,” she said.

“But maybe that is where you need to work things out and adjust things slightly.”

The top two players from the group progress to Saturday’s semifinal.

Stosur has the chance to climb as high as No.2 in the world if results fall her way in Istanbul.

Being so close to the end for the season, Stosur said players would be determined to finish their campaigns on a high.

“You can’t leave anything to chance when you’re playing the best in the world.”