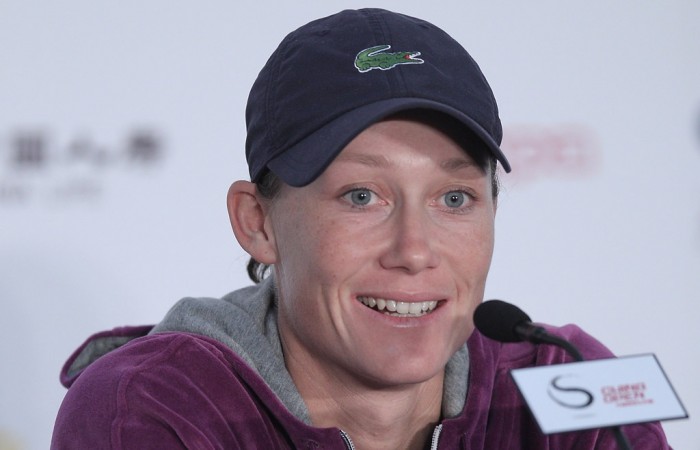 Tournament Director Craig Watson said he was delighted to have two reigning Grand Slam champions in Stosur and Li commit to event.

“The Apia International Sydney is renowned throughout the tennis world and in 2012 we will see its reputation continue to grow with another outstanding field of players,” Watson said today.

“We are thrilled that Australia’s world No. 7 Samantha Stosur and French Open champion and world No. 6 Li Na will complete their Australian Open preparations at the Apia International Sydney.

“Sam’s US Open title really capped off an amazing couple of seasons for her and I am sure everyone will be thrilled to see her play in Sydney as our newest Grand Slam champion.

“As one of the form players on the WTA Tour at the moment, Sam could very well take out her first title on home soil in front of a parochial Sydney crowd this January.”

Sydney resident and former finalist Stosur said she was looking forward to returning to the event, which is one of her favourites on the Tour.

“Sydney is one of the best cities in the world and I spend all my pre-season training there at Sydney Olympic Park, so playing there is really special for me,” Stosur said.

“I would love to win the Apia International Sydney. I have had many great experiences in Sydney but that is one thing I have yet to do and it would be one thing to tick off my ‘to do’ list.”

Watson added having Stosur and Li at Sydney Olympic Park Tennis Centre provides a formidable start to the women’s line-up.

“Li Na truly was a revelation here last summer with her title in Sydney and her incredible run to the Australian Open final. She really captured the hearts of all tennis fans,” Watson said.

“I know she is really looking forward to returning to the Apia International Sydney to defend her title.

“With her increased profile and popularity in her home country after her win at Roland Garros earlier this year we expect Sydney’s Chinese community to come out in their droves to support her.”

Li said her title in January was the perfect start to the 2011 season.

“I did so well there this year so if you win a tournament you are always looking forward to coming back the next year,” Li said.

“I think they have a lot of fantastic fans there in Sydney and after I won I had a lot of confidence for the rest of the season”.

Li also added that she hoped to have some free time in January to take in some of Sydney’s famous sites.

“I really love the Opera House. It is very famous in China. If I have time next year I will try and visit the Harbour Bridge and maybe climb it,” Li continued.

Cypriot crowd favourite Baghdatis, the 2010 men’s single champion, also said he was keen to return to Sydney in the hope of claiming his second Apia International Sydney title.

“I won the event two years ago so I am just excited to go back there and feel the heat, get in some good matches and have some fun with the crowd,” Baghdatis said.

“Sydney is definitely one of my favourite cities in the world and the fans there just love the sport and they are so relaxed and respectful. They always give me a lot of positive energy.”

Watson said Baghdatis has been a great supporter of the Apia International Sydney over the years and remains one of the event’s most popular champions.

“I know Marcos was bitterly disappointed that he was unable to defend his title in 2011 because of injury so I expect him to be really determined when he arrives in Australia early in the New Year,” Watson explained.

“He has been in great form recently, having made the final in Kuala Lumpur, so he will certainly be a good chance to win his fifth career title in January.”

Watson also said that more star players, both male and female, will be added to the fields in the next few weeks.

“We have a number of top 20 players on our radar and we expect to be able to make some more exciting announcements very soon.”