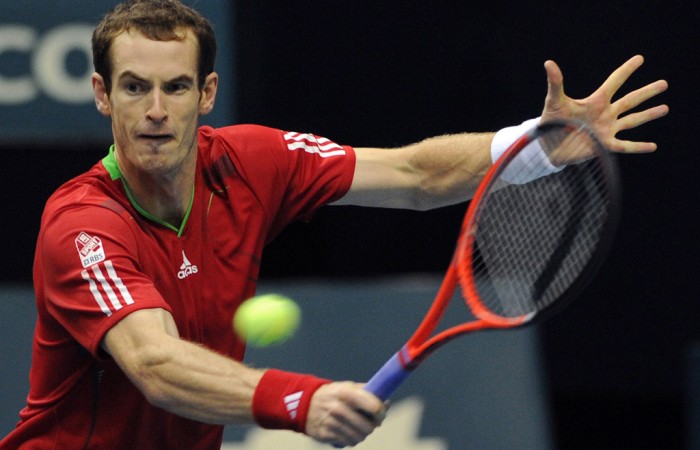 The 76th ranked Bulgarian put the top seed though a tough 88-minute match at the Impact arena.

“There were a lot more rallies and I got some momentum on my side,” said the Scot who profited from a break in each set to advance while saving three break point against his serve.

“He didn’t give me many opportunities but I was able to serve well and that was a key. It’s good to have a match like this.”

Murray is striving to go one better than the Bangkok final he reached in 2005, when he lost to the Roger Federer.

With this week and two more Asian tournaments on his calendar, as well as Federer’s absence as he rests some niggling injuries, world No.4 Murray is hopeful he can overtake the Swiss by the end of the season.

“These weeks in Asia are an opportunity,” Murray said.

“There is not a huge margin between us (a few hundred ranking points) and it’s something I’d like to do by the end of the year.”

“After the US Open I set a few goals: one is to try for number three and the other is to do better at the World Tour Finals in London.”

France’s Gael Monfils, seeded to meet Murray in the final, returned to the court after an injury layoff to reach the last four with a 7-5 7-6 (7-4) win over Jarkko Nieminen.

Monfils, who rested for nearly a month after exiting early at the US Open with a knee problem, set up a showdown with American surprise package Donald Young, who thumped Japan’s Go Soeda 6-1 6-2.

World No.9 Monfils had a much easier time than in his opening match, where he needed three sets to beat Colombian Santiago Giraldo.

“I was away from tennis for a long time and I woke up a bit sore this morning,” said the Frenchman, playing in his ninth quarter-final of 2011. “But my level felt better in this match than the first one.

“My knee feels fine but I have to be careful with it. It still needs icing and stretching.”