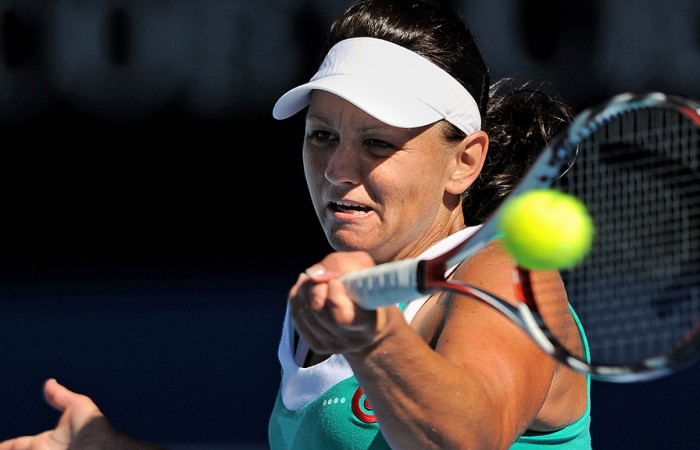 Dellacqua, the 2011 French Open mixed doubles champion, has picked up titles in Alice Springs and Darwin this month as she continues her comeback from injury and no doubt hopes to continue her good form in her home state.

Esperance residents can see Dellacqua and a host of world-class players at this free event, all competing for the title and valuable ranking points as they head into the summer of tennis.

Also in the men’s draw for the first time is Esperance local wildcard Jack Welke.

“It is great to watch the tennis and I am pretty pleased to be in the tournament this year,” Welke said.

“Last year I got to meet and talk with some of the players and that was really interesting.  I got to hear about some of the more personal, real aspects of being a player on the Pro Tour.”

International players including New Zealand’s Sacha Jones and Jose Statham, Melanie South and Emily Webley-Smith from Great Britain, Kento Takeuchi from Japan and brothers Peng and Wan Gao from China will also be in competition.

“The Cliffs Esperance Pro Tour is a magnificent event and it is good to see these up and coming young players in town,” said  Esperance Shire President, Ian Mickel.

“It’s great for us to be able to showcase our town and give exposure to Esperance across Australia and around the world.

“The players also have the chance to see what a beautiful place Esperance is, giving us long-term value when they return with family and friends and spread the word on how friendly our town is.”

Former world No.8 Alicia Molik supports this with her own fond memories of playing in the event last year.

“Last year I was lucky enough to play at the Cliffs Esperance Tennis International. It was my first tournament back for a while and it really reinvigorated my passion for the sport I love so much. The town itself is amazing.

“I’ve never seen such pure white sand and clear water anywhere. All the locals were really welcoming of the players, and you could tell they loved being a part of the event.”

“What a fantastic opportunity for an iconic town like Esperance,” said Tennis West President, Dean Williams as he welcomed the tournament to town.

“For the third time running the town has supported tennis by hosting one of the Pro Tour tournaments.  It creates a competitive platform for some of our local WA up and comers such as 17-year-old Storm Sanders.

“The whole town really gets behind the event and it is a great leverage point to engage the local community,” Williams continued.