Four-time champion Lleyton Hewitt has today been announced as the new Ambassador for the Sydney International in January. 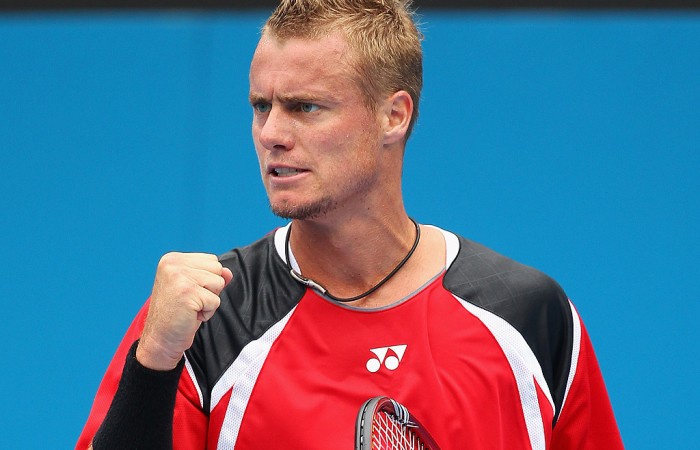 Four-time champion Lleyton Hewitt has today been announced as the new Ambassador for the Sydney International in January.

Plans are already underway for a Sydney International Charity Pro-Am Event and a Kids’ Tennis Clinic in November as part of Hewitt’s role as Ambassador.

Hewitt, who will be making his 11th visit to the event next January, will also play at the January 8 to 14 event at Sydney Olympic Park Tennis Centre.

Hewitt, 30, last played in Sydney in 2010 and said he was delighted to be returning to one of his favourite events in 2012.

“It is a really special tournament for me and I have great memories from my four titles there.

“The support I have received at Sydney Olympic Park Tennis Centre over the years has been fantastic and I can’t wait to kick start my 2012 season in front of a packed Ken Rosewall Arena crowd.”

Hewitt also added that the Ambassadorial role was an idea that he raised with Sydney International Tournament Director Craig Watson earlier this year in a bid to take his commitment to the event to a higher level.

“The Sydney International has such a great tradition and a long and distinguished history and I would love to see it become even bigger and better in the years to come,” Hewitt continued.

“I approached Craig earlier in the year to see how I could help grow the event and we agreed that I would become an Ambassador for the Sydney International.

“I want all the players on the ATP World Tour to know what a great tournament we have here and turn the sporting spotlight on Sydney each January.

“If I can assist Craig and his team in attracting more world-class players, investment and of course, new fans to the event each year, I will be thrilled.

“I really welcome Lleyton’s decision to not only play at the Sydney International next year but take on this important Ambassadorial role,” Watson said.

“As time permits Lleyton will immerse himself in the important commercial aspects of the event as it continues to grow in the future.

“With Lleyton on board as the first player confirmed for Sydney International 2012, we are confident of having one of our best ever player fields come January.”

More exciting players will be confirmed and announced over the coming weeks.

Tickets to the Sydney International 2012 go on sale on Wednesday 5 October through Ticketek and can be purchased online at www.ticketek.com.au or 1300 888 104.

The Sydney International will be held at Sydney Olympic Park Tennis Centre from Sunday 8 to Saturday 14 January 2012.