Borg and McEnroe had it. Connors and McEnroe reveled in it. Agassi and Sampras lived for it. Roger and Rafa still have it. But do Lleyton and Roger? 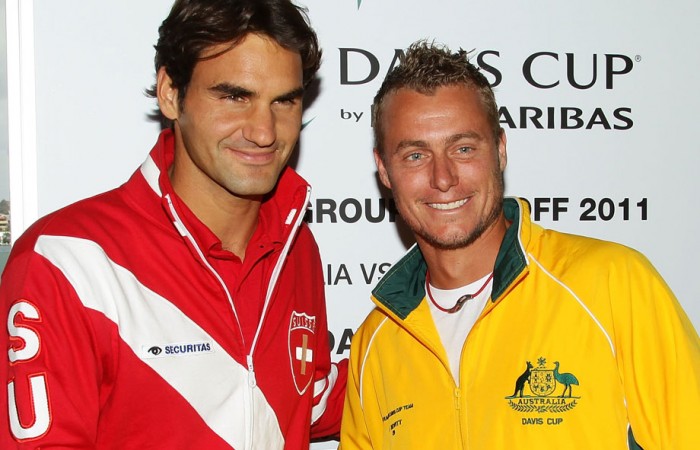 Borg and McEnroe had it. Connors and McEnroe reveled in it. Agassi and Sampras lived for it. Roger and Rafa still have it. But do Lleyton and Roger?

When does a match-up become a rivalry? This week in Sydney a theme has emerged during the Australian and Swiss press conferences – what of the rivalry between Roger Federer and Lleyton Hewitt?

The head-to-head scoreline is well known, Federer leads 17-8 – a  more than handy margin, which even Hewitt recognises.

“We’ve had a real healthy rivalry over the years,” Hewitt told a large media contingent at the draw.

“One of my greatest wins ever, especially in this competition, was against Roger and after that he destroyed me quite a few times.”

But is that all there is to it? Does the ledger have to be square or near enough? The most celebrated rivalry of recent times – that between Nadal and Federer – leans heavily towards the raging bull, 17-8. Sound familiar?

Maybe you have to be close in the rankings? Both are former No.1s and roomed together in the Hotel Top 10 for more than two years. But while Federer has maintained his place in the top five penthouse, Hewitt has been relegated to the rankings equivalent of a caravan park thanks to a cruel spate of injuries.

Respectful as ever, Federer said this week that despite Hewitt’s unflattering ranking, he doesn’t think of the Australian as a No.200 player.

“We all know he’s not 200. I don’t look at the rankings when I think of Lleyton. I think of a former world No.1, a former Wimbledon [and] US Open champion and a great player of Davis Cup and a great competitor.”

For some a rivalry is born following a number of hard-fought battles on the biggest of stages. Hewitt and Federer have had one such battle – back in a Davis Cup semifinal in 2003 when Hewitt famously erased a two-set deficit for one of his career-defining wins.

It’s a moment that still burns painfully for Federer.

“I still believe it was one of my toughest losses I’ve ever had as a player. You might think Djokovic was rough, but for me that was nothing compared to the Lleyton loss.”

Or perhaps a rivalry is ignited by something else. The greatest rivals have a way of inspiring their opposite number to strive to be better. To reach further. To find a way to win. And Lleyton Hewitt has had that effect on Roger Federer.

“If you sometimes lose to a player three, four, five times in a row, you definitely should question yourself … and I think Lleyton did that to me really early on.

“He’s definitely been a part of me becoming the player I am today in some ways because he was really able to play in a way where my weaknesses would shine more than my strengths.”

So maybe for these two the numbers don’t stack up – the classic clashes are few, they are (currently) at opposite ends of the rankings and Federer has dominated many of their matches.

But if the players’ word is anything to go by, this is a rivalry of substance. Each time they walk on the court they want the same thing – to win. And today will be no different.

After all, isn’t that what a rivalry is all about?

Play begins in the Australia v Switzerland Davis Cup World Group Play-off at 11:00 am. Matches will be shown live on Channel 7 from 11 am, check our TV guide for full details.

First up Bernard Tomic will take on Stanislas Wawrinka, followed by Lleyton Hewitt versus Roger Federer.