Tomic up first versus Wawrinka

Australia has been given the best possible chance to get their Davis Cup World qualifying tie against Switzerland off to a winning start with Bernard Tomic to play Stanislas Wawrinka in the opening match. 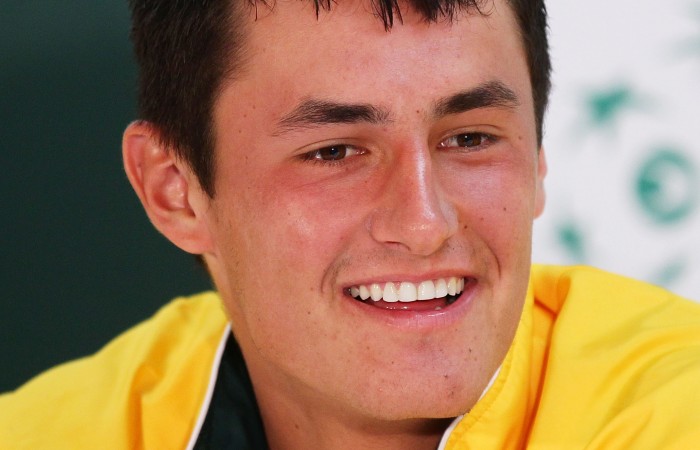 Australia has been given the best possible chance to get their Davis Cup World qualifying tie against Switzerland off to a winning start with Bernard Tomic to play Stanislas Wawrinka in the opening match.

Swiss world No.19 Wawrinka was paired with Wimbledon quarterfinalist Tomic for the opening fixture on Royal Sydney’s grass courts on Friday with Lleyton Hewitt to play world No.3 Roger Federer in the second match.

Hewitt and Chris Guccione have been named to play in the doubles against Federer and Wawrinka on Saturday.

While only ranked 59 in the world, Tomic will fancy his chances against Wawrinka who comes into the tie under an injury cloud and with few outstanding results on grass.

Six-time Wimbledon champion Federer has a 17-8 playing record against Hewitt, but the South Australian did enjoy victory in their last match on grass in 2010.

The reverse ties on Sunday begin with Tomic playing Federer followed by Hewitt against Wawrinka.

Hewitt said he was fit, rearing to go and looking forward to renewing his rivalry with the 16-time Grand Slam champion.

“It’s been what I’ve been working towards in terms of getting my game up to scratch and my body as close to 100 per cent right to take on one of the greats,” Hewitt said.

“It’s going to be a tough match – hopefully Bernie can get us off to a good start against Stan on the grass tomorrow and then I can go out there and take Roger on.”

While Wawrinka confirmed he still was not at 100 per cent, having been battling a foot injury, there was unfortunately for the Australians no such qualms for Federer despite his gruelling five set loss to Novak Djokovic in the US Open smeifinals on Sunday.

The winner of the tie advances to the Davis Cup World Group for 2012 while the loser will be forced to battle it out in zonal qualifiers for a chance to enter the elite competition again in 2013.