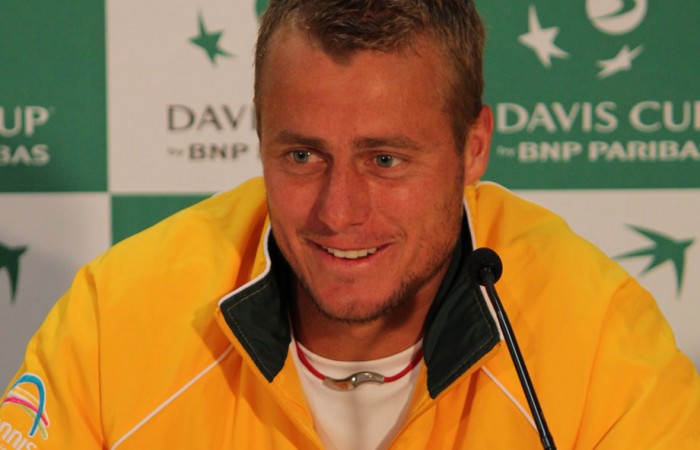 Swiss team management revealed on Tuesday that Federer would arrive in Sydney on Wednesday, just two days before the tie starts.

“For a freak like Roger, it doesn’t matter,” Hewitt told reporters on Tuesday.

“I haven’t seen a lot that Roger hasn’t been able to do, so he’s as close to Superman as it comes.”

Hewitt was pleased with his physical condition after missing the US Open through injury and said he was prepared to play both singles and doubles if required.

Switzerland’s second-ranked player Stanislas Wawrinka revealed he was battling a foot injury he suffered at the US Open, but hoped to be fit for Friday.

Switzerland boast the two highest ranked singles players in the grass-court tie, with Federer at No.3 and Wawrinka at 14.

Asked what it will take for Australia to win the tie, Hewitt said he’d have to lift.

“I’ll have to play a lot better than my ranking I guess, 188 in the world probably won’t do it,” Hewitt said.

“To be playing a team like Switzerland with two top 15 players in the world, just to get back in the world group is no easy ask.

“We know we’re going to be up against it this week, but we believe in each other and hopefully we can get the job done.”

Australia’s top ranked singles player Bernard Tomic was looking forward to the potential challenge of tackling two top 15 players in one of his highest profile ties to date.

“It’s a big opportunity, I can’t wait for it to present itself,” Tomic told reporters.