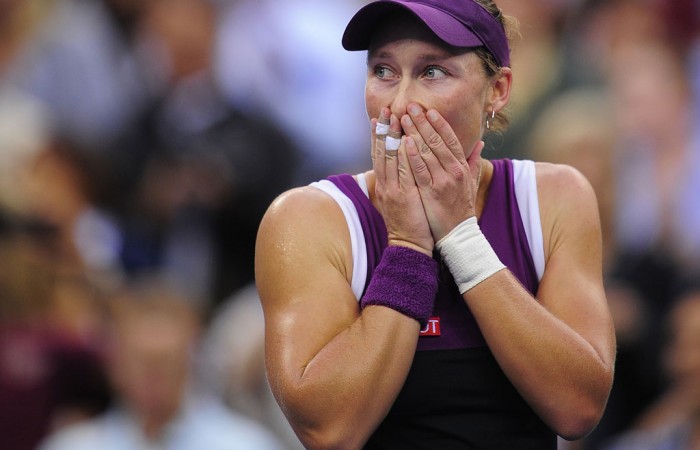 The Australian’s 6-2 6-3 dismissal of the 13-time grand slam champion in the US Open final on Sunday has shifted a weight from her shoulders.

Going into the Flushing Meadows showdown, Stosur had won only two of her 11 career finals, raising doubts about her mental toughness in the clutch.

Suddenly with a US Open title in the bag, multiple grand slam titles and the world No.1 ranking are no longer pipedreams but realistic goals.

“For sure, If you have done it once it would be nice to think you could do it again and at this point in time who knows what is possible,” said Stosur, who will return to the No.7 ranking.

Her coach David Taylor said the victory should free the powerful Stosur up to become a major player at a time when the women’s game is crying out for a new dominant figure.

“It should loosen you up, you should be able to take a lot out of the situation,” Taylor said. “It is a monkey off her back.”

There’s been a tendency towards older champions in the women’s game in recent times with only one of the past 10 majors won by a player under age 25.

So there is no reason for the 27-year-old Stosur to stop now after dishing out the American’s equal worst performance in a grand slam final.

“I think the relief is there because she had this great chance at Roland Garros and people thought that would be her only chance,” Taylor said.

“Not me. I didn’t and now she has won it and she is in the middle of her career and the trend is for players to be more successful later in their careers.

“Sam is very fresh and she is so very, very keen.”

Instead of Stosur melting in the emotion-charged setting in New York on the 10th anniversary of the September 11 attacks, it was Williams who buckled.

She has been carrying a toe injury but that didn’t stop her from steamrolling world No.1 Caroline Wozniacki in the semifinals.

Usually one of the mentally strongest athletes on the planet, Williams was clearly nervous against Stosur who is one of the few women’s players able to match her power game.

As the home favourite sprayed errors in front of her home crowd, Stosur pounced.

With her much-improved speed and footwork on the court, the underdog produced a clinical display to land the first set in half an hour.

“After that first set I sat down and I could feel my heart pounding out of my chest, and I thought, ‘OK, I’m up a set now,” said Stosur.

But the smooth sailing ended at the beginning of the second set after Williams was penalised for “intentional hindrance” by chair umpire Eva Asderaki.

Williams had roared “come on” after hitting what she thought to be a winner, the problem being that her roar came as Stosur managed to get the edge of her racquet to the ball.

An already agitated Williams’ boiled over, delivering a series of tirades and menacing looks at Asderaki.

“Don’t even look at me,” she shouted up at Asderaki. “If I see you in the corridor don’t even walk past me… a code violation for expressing my opinion, we’re in America… you’re unattractive inside…”

The incident brought the crowd to life and the American threatened to produce one of her trademark comebacks.

“It was the loudest I ever felt a crowd in my whole entire life,” Stosur said.

“You’re right in the middle of it.

“It was definitely a quite overwhelming feeling.

“But once I hit that next ball in the court and started playing again, I felt settled.”

A sense of calm has rarely been associated with Stosur in high-pressure occasions.

But this was not an ordinary day. This was Stosur’s day and she ripped a forehand winner to not only win the title but bury her personal demons.