Samantha Stosur is not entirely sure why she is such a big hit with US Open crowds. 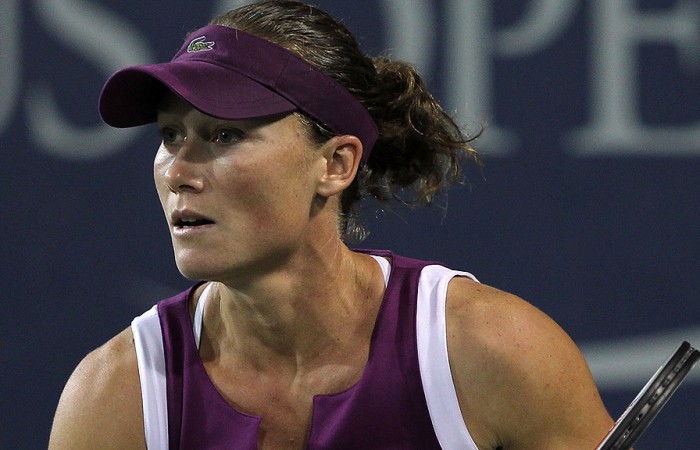 Samantha Stosur is not entirely sure why she is such a big hit with US Open crowds.

While Australian supporters naturally gravitate towards her matches, it has been the enthusiasm of New Yorkers that has taken the world No.10 by surprise.

In a city where money talks, the Australian has provided damn good value for Flushing Meadows fans for the past two years.

While Stosur’s mental frailties may test the patience of her fans, that combined with her big game and fighting spirit ensure her matches are rarely dull.

After playing in the latest finishing match and pushing eventual champion Kim Clijsters to three sets in New York last year, the Queenslander has outdone herself in 2011.

Her drama-charged third and fourth round matches lasted nearly a combined six hours and set records for the longest women’s match in tournament history and longest women’s tie-break at a grand slam.

“I guess maybe they like the way I play,” she said.

“The last two matches have definitely been very exciting.

“So even maybe if you didn’t know who I was, you’re going to go out there and watch.

“I think everyone is entertained from the last two matches.

“I don’t know what it is. I’ve always seem to have good support playing in the (United) States, whether it’s here or the normal tour events.

“So whatever the reason, I’m thankful.”

With the rowdy locals right behind her, the Gold Coaster has shown her renewed belief by being much more animated on the court.

The hardcourts at Flushing Meadows have aided her cause by playing a touch slower this year, allowing her more time to load up her heavy ground strokes.

More importantly for her, the run to the US Open quarter-finals has eased concerns about whether her career was stagnating.

After reaching the French Open final and US Open quarter-finals last year, Stosur entered the final grand slam of the year having not progressed beyond the third round in 2011.

Another early exit would have really put pressure on her to make some changes to her camp.

Having struggled to cope with the increased expectations at the grand slams, her coach David Taylor said that Stosur had at least maintained a high ranking.

“Sam has made a huge step forward to being a legitimate contender at grand slams to not living up to her own expectations,” he said.

“But she is still ten in the world, she has not had a major dip and she is still around, now is the time to learn from that and put it to good use.