Samantha Stosur says she will be ready to go in her US Open quarterfinal against Russian second seed Vera Zvonareva. 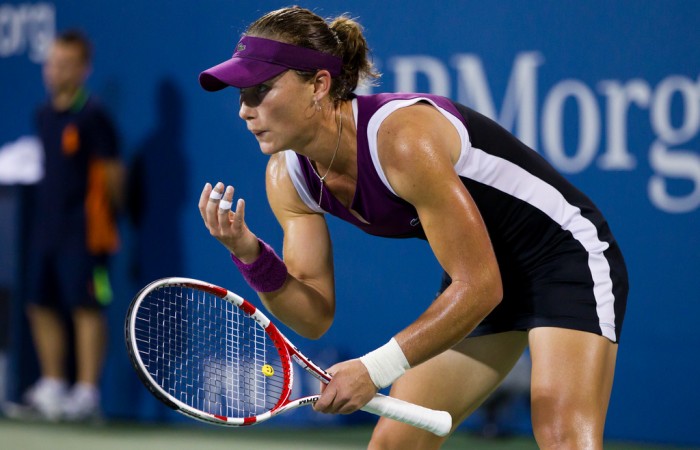 Samantha Stosur says she will be ready to go in her US Open quarterfinal against Russian second seed Vera Zvonareva despite her exhausting run at Flushing Meadows.

The Australian backed up the longest women’s match in the tournament’s history against Nadia Petrova with another marathon encounter in her fourth round win over Maria Kirilenko.

Stosur has spent nearly two and a half hours longer on court than last year’s finalist Zvonareva.

However the super-fit Queenslander, who is used to backing up 24 hours after matches on tour, said a day off in New York should provide enough recovery time for Tuesday’s encounter (Wednesday AM AEST).

“That’s the beauty of playing in a grand slam, you get at least that day off, Stosur said.

“So I can have a really chilled-out day and just do whatever I need to do to get ready, and obviously expect another tough one.

“We’ve played each other many, many times. We both know what to expect.”

Stosur planned to draw on the experience from last year when she had to overcome the latest finish in US Open history before her three-set quarter-final loss to eventual champion Kim Clijsters.

“I actually feel better after this match than what I did the last match,” Stosur said following the victory over Kirilenko.

The winner of the quarter-final will take on either German world No.92 Angelique Kerber or Italian 26th seed Flavia Pennetta for a spot in the final.

Stosur, who has won her past seven matches against Zvonareva, said her record against the Russian wouldn’t guarantee success.

“You can’t think, because you won the last seven, you’re going to win the eighth without playing good tennis,” she said.