Lleyton Hewitt and Bernard Tomic will spearhead Australia’s challenge against a powerful Swiss team in their Davis Cup by BNP Paribas World Group Play-off tie on the grass courts of the Royal Sydney Golf Club next week. 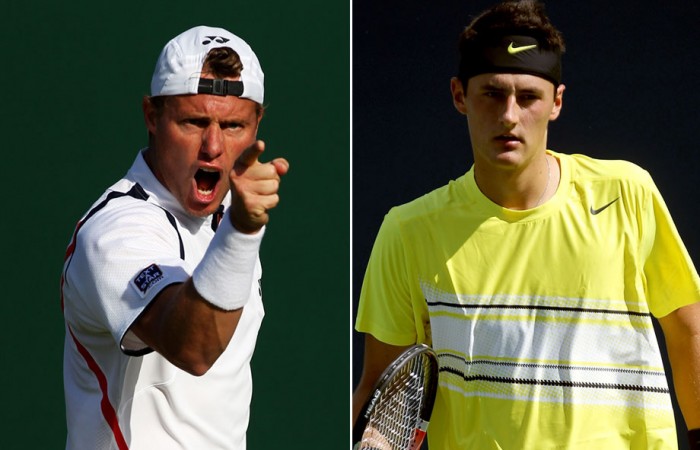 Lleyton Hewitt and Bernard Tomic will spearhead Australia’s challenge against a powerful Swiss team in their Davis Cup by BNP Paribas World Group Play-off tie on the grass courts of the Royal Sydney Golf Club next week.

Australian Davis Cup captain Pat Rafter is confident Hewitt will be fit and said they (he and coach Tony Roche) had chosen the team based on form, fitness and the surface.

“Lleyton missed the US Open and has arrived in Sydney nice and early to get the best possible preparation. He is a fighter and I am confident he will get his body right for the tie,” Rafter said.

“Obviously there is a watching brief on Marinko and his ankle. If he doesn’t come up we will make a late change. But we want to give him every opportunity to prove his fitness.”

Matosevic was first to withdraw from his first-round match at the US Open when he injured his ankle in the first set. The Australians have added West Australian Matt Ebden to the squad on standby and he will be in Sydney training with the team.

Popular veteran Peter Luczak is also in the squad as a hitting partner as is the designated “orange boy” (junior hitting partner) former world number one junior Jason Kubler.

“We want to get them on the grass, in front of our home crowd and fight like hell to win this tie. All of our guys have been picked because they play well on grass. We are the underdogs but we don’t mind that at all. This is a very determined bunch of guys,” Rafter said.

The winner of the tie on 16-18 September will be in the Davis Cup’s prestigious World Group in 2012.

Australia beat China 3-1 to get to this round while Switzerland defeated Portugal 5-0.