Defending champion Rafael Nadal was at the centre of a health scare at the US Open on Sunday. 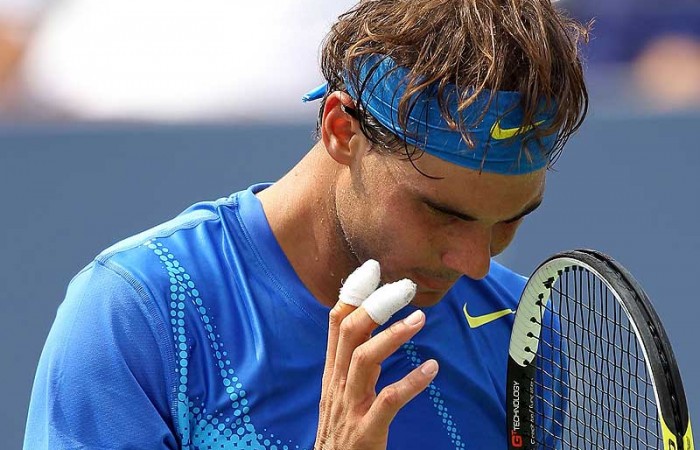 Defending champion Rafael Nadal was at the centre of a health scare at the US Open on Sunday when he collapsed to the floor during a post-match news conference.

The world number two was talking to the Spanish media following his third round win over David Nalbandian — a match which had ended two hours earlier — when he suddenly slumped in the back of his chair, feeling his right leg.

The 25-year-old then slipped to the floor while tournament medical staff were summoned and scores of reporters and camera crews ushered out of the interview room inside the Arthur Ashe Stadium.

After 15 minutes of treatment, Nadal insisted that the problem was cramping.

“It was just cramping in the right leg, in the front and in the back. It was very painful, that’s all,” said Nadal, who resumed his news conference standing instead of sitting.

A smiling Nadal insisted the incident will not affect his preparations for his fourth-round match against Luxembourg’s Gilles Muller, scheduled for Tuesday.

“I will train normally on Monday. It was just a normal cramp that could have happened anywhere, but it happened in the press room. Anywhere else, nobody would have noticed.”