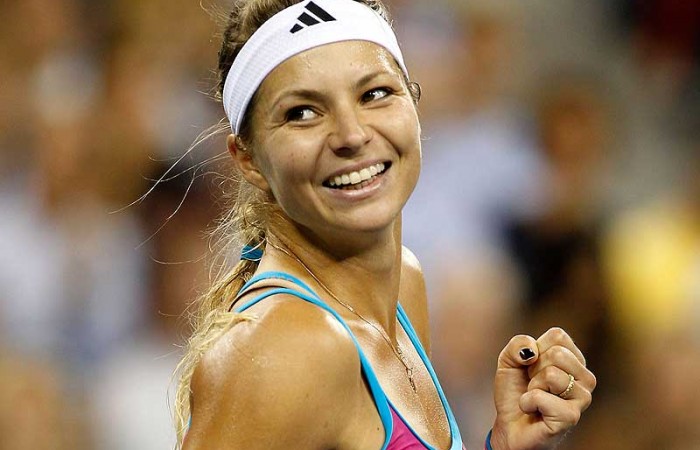 Samantha Stosur’s coach believes this years US Open is wide open on the eve of his charge’s fourth-round encounter against Russian 25th seed Maria Kirilenko at Flushing Meadows.

The ninth-seeded Australian heads into Sunday’s (Monday AEST) round of 16 clash as a warm favourite to progress to a quarter-final appearance against the winner of world No.2 Vera Zvonareva and the in-form Sabine Lisicki.

Stosur’s coach David Taylor said the unpredictable nature of women’s tennis at the moment meant that grand slam titles were really up for grabs.

“Nothing is taken for granted in women’s tennis at the moment there are a lot of good players out there that are not scared anymore,” he said.

“No one really has that aura of invincibility that we used to see, so everything is a lot more open.”

He praised Stosur’s fighting qualities after she had seemingly blown her third-round clash against Russian 24th seed Nadia Petrova.

Stosur’s half of the draw has opened up invitingly for her following the exits of Maria Sharapova, Venus Williams and Marion Bartoli.

Taylor said it was hard for players not to be aware of the way the tournament was unfolding.

“You can’t escape it because everyone is up in the gym preparing for their match around a monitor,” he said.

“As soon as you see 20 players around a monitor, you know something is happening.

“It is just exciting at a grand slam, there are always upsets and as Sam said it is a waste of energy to look beyond your next match because you don’t control anything around it.”