Stosur ready for final major of 2011

Samantha Stosur knows tennis players are judged by their performances at Grand Slams. 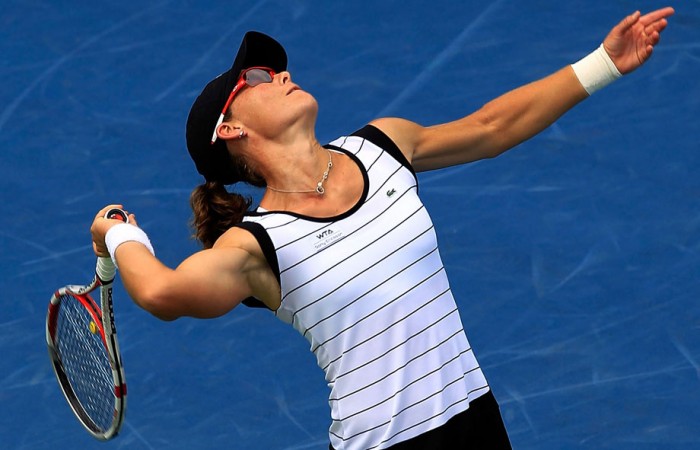 Samantha Stosur knows tennis players are judged by their performances at Grand Slams.

She knows her six wins over top-10 players this year have barely registered with the sporting public compared with her early exits at the majors.

Stosur knows good lead-up performances count for little, having carried good form into the French Open and Wimbledon this year only to crash out before the opening weekend.

But enough is enough for the world No.10.

She wants to stop the rot in the Big Apple at next week’s US Open.

“I think my Grand Slam results this year have been a little bit disappointing,” she said.

“I would like to make this last one count for a little more than the others.

“French and Wimbledon, I had good lead-up tournaments then kind of failed at the big one.

“I have had two good lead-ups and it is a good time to change that chain of events.”

Stosur was dripping in sweat following her training session in Friday’s humid conditions in New York as the city braced for Hurricane Irene’s arrival on Sunday.

Flushing Meadows was due to shut down on Saturday from 5pm (0700 Sunday AEST) until the opening day of play on Monday.

Low-lying areas in New York were to be evacuated by Saturday afternoon and public transport shut down in readiness for the hurricane.

But making an impact in the final Grand Slam of the year was at the forefront of Stosur’s mind.

Despite her disappointing showings at this year’s Grand Slams, she said maintaining a healthy ranking was a positive and a good result in New York would put a bright note on a flat year.

“I think my year, I could have done better,” she said.

“You think: ‘Why has it not happened this year compared to last year?’

“I still try to keep on looking at things in the big picture and things are not too bad.”

Stosur has a reasonably friendly US Open draw up until a potential fourth-round showdown with Frenchwoman and eighth seed, Marion Bartoli.

“I guess the draw is fine, but it is only fine if you win,” Stosur said with a smile.

The Australian will meet Swedish world No.56 Sofia Arvidsson in the opening round and aimed on asserting her authority from the opening points of the match.

Stosur admitted she had allowed Gisela Dulko and Melinda Czink to grab the early momentum in her respective losses at this year’s French Open and Wimbledon.

“You have to be wary of that because if players get confident at the start of the match, sometimes it is hard to stop them,” she said.

“I have to play quite aggressive and get her moving and open up the court and exploit the fact that she does not have a huge weapon.”

No Australians progressed through qualifying with Greg Jones losing 6-3 6-3 to Japan’s Go Soeda in the final round on Friday.

Australia have seven players in singles action next week, with Bernard Tomic and Marinko Matosevic representing the men’s contingent.