Samantha Stosur has continued her strong form in the lead-up to the US Open, beating Li Na to advance to the quarterfinals in Cincinnati. 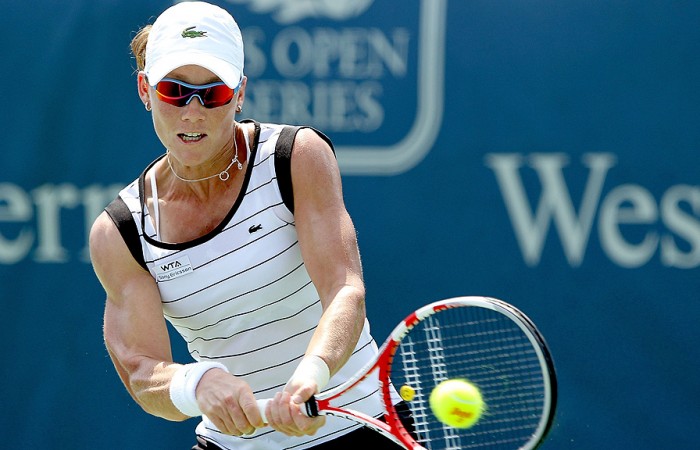 Samantha Stosur has continued her strong form in the lead-up to the US Open, beating Li Na to advance to the quarterfinals in Cincinnati.

Stosur, seeded 10th, downed the French Open champion 6-4 3-6 6-4, her third victory over the Chinese star this season, including in the same round last week at Toronto.

The 10th-seeded Australian was well-rested after her scheduled Wednesday opponent, Serena Williams, withdrew after aggravating a right big toe injury.

“I wasn’t complaining that she pulled out,” said Stosur, who lost to Williams in the final at Toronto on Sunday.

“I had a pretty easy day, which was nice, considering the week I had before. So I guess that was good for today’s match, and hopefully will be good for tomorrow.”

Slovkian Daniela Hantuchova followed the Australian into the quarters when she beat eighth-seeded Marion Bartoli of Italy 6-3 5-7 6-3.

Verdasco unleashed 48 winners to Nadal’s 29. But Verdasco committed 41 unforced errors to Nadal’s 31 in the match, which lasted three hours and 37 minutes.

Nadal still had two fingers on his right hand bandaged to protect burned fingertips. The left-handed Nadal said he got burned by touching a hot plate at a restaurant this week.

The match was the eighth to need three tiebreakers in the Open era and first since 2008.