Australian Sam Stosur is safely through to the round of 16 at the WTA tournament in Cincinnati after Serena Williams pulled out with a toe injury. 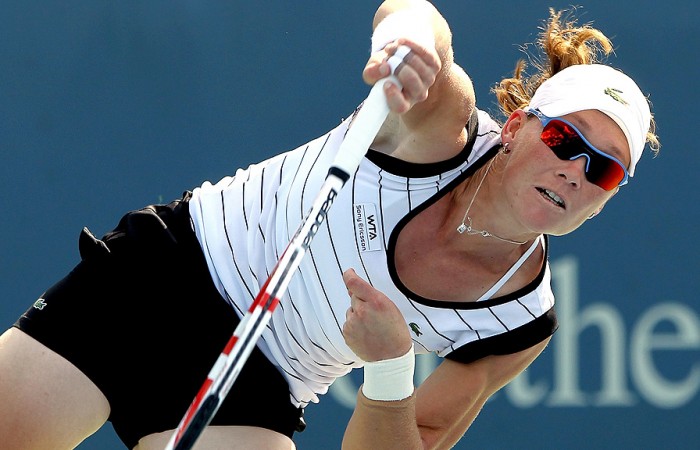 Australian Sam Stosur is safely through to the round of 16 at the WTA tournament in Cincinnati after her next opponent, Serena Williams, pulled out with a toe injury.

Williams, who is coming back from injuries and illness that kept her sidelined for much of the past year, aggravated a right toe injury and was forced to abandon her clash with the 10th-seeded Stosur.

Stosur will next face French open champion Lia Na on Thursday for a place in the quarterfinals.

Wozniacki, 21, suffered a similar collapse as she did last week, when she went out in the second round in Toronto, letting a 5-1 lead slip in the second set.

Wozniacki, who holds the number one ranking despite disappointing exits at the French Open and Wimbledon, had only returned to action in Toronto after a month out with a painful shoulder.

Wozniacki has not won a match since Wimbledon (she received first round byes in Toronto and in Cincinnati) where she went out in the last 16.

The US Open, the final of which Wozniacki reached in 2009, begins on August 29.