Samantha Stosur has set up another daunting clash with Serena Williams after easing into the second round of the WTA Cincinnati tournament. 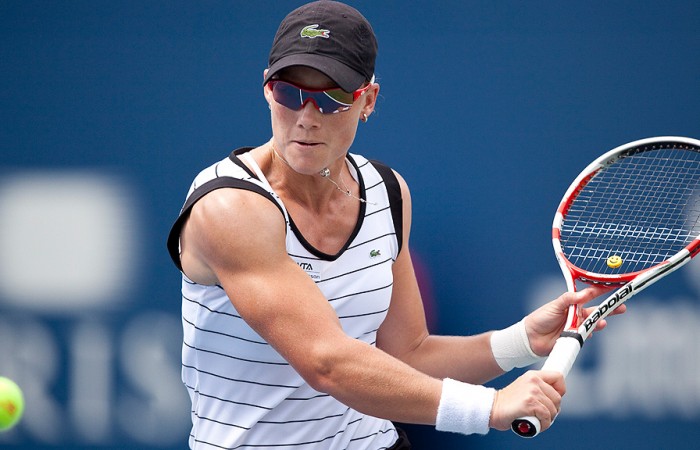 Samantha Stosur has set up another daunting clash with Serena Williams after easing into the second round of the WTA Cincinnati tournament.

Australian 10th seed Stosur continued her strong US Open build up as she brushed past qualifier Eleni Daniilidou of Greece 6-3 6-1 on Tuesday.

However her second round assignment looks an altogether different proposition as she now meets former world No.1 Williams, who is unseeded but on fire as she continues her comeback from a long injury and illness layoff.

Stosur and Williams met just two days ago in the final of the WTA Rogers Cup tournament in Toronto, where the American triumphed 6-4 6-2 in just 77 minutes.

Williams beat Czech player Lucie Hradecka 6-3 7-6(5) in her Cincinnati first round clash as she chases her third title from five events since returning to the tour after 49 weeks out.

Williams, who turns 30 next month, is already favoured to add to her tally of 13 grand slam crowns at the US Open which gets underway in less than two weeks.

She leads the head to head match ups against Stosur 4-2.