Australian Anastasia Rodionova has crushed 42nd-ranked Polona Hercog 6-0 6-0 in her opening round clash at the WTA Cincinnati Open. 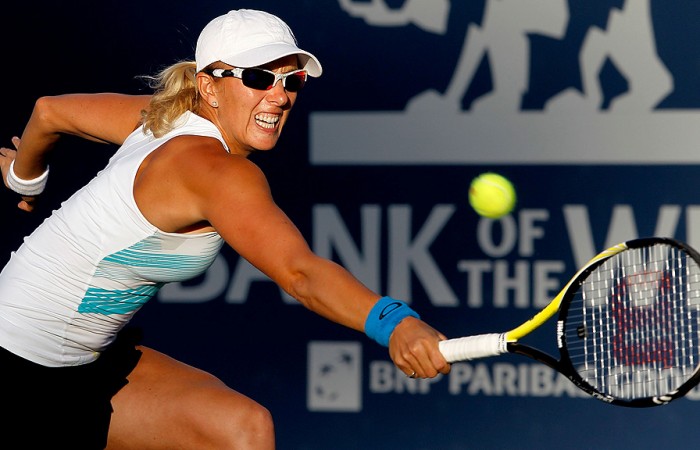 Australian Anastasia Rodionova has crushed 42nd-ranked Polona Hercog 6-0 6-0 in her opening round clash at the WTA Cincinnati Open.

Rodionova, who entered the tournament as a qualifier ranked 139th in the world, raced to her upset victory in under 48 minutes.

The 29-year-old, who reached the third round of this year’s French Open, will now take on fourth seed Maria Sharapova, who enjoyed an opening-round bye.

Gajdosova had five aces in the first set but was unable to sustain the pressure in a thrilling encounter that almost lasted three hours.

In other results, Russian Ekaterina Makarova set up a second-round meeting with second-seeded compatriot Vera Zvonareva with a 7-5 6-3 victory over Spain’s Maria Jose Martinez Sanchez.

Russian Svetlana Kuznetsova, seeded 14th and trying to bounce back after a first round exit in Toronto last week, defeated US qualifier Jill Craybas 6-3 6-4.