Federer to sound out Hingis on Olympics

Roger Federer said that he would speak to Martina Hingis about the possibility of a dream mixed doubles pairing for Switzerland at the 2012 London Olympics. 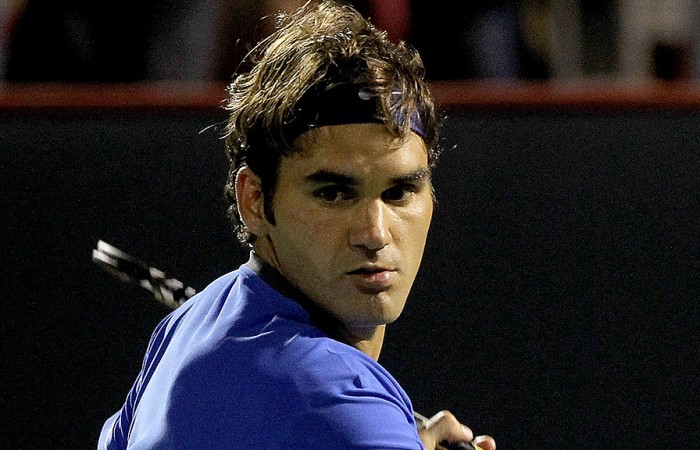 Roger Federer said on Monday that he would speak to Martina Hingis about the possibility of a dream mixed doubles pairing for Switzerland at the 2012 London Olympics.

Federer, speaking at the ATP Masters event in Cincinnati, said he would talk to the now-retired Hingis to see if she would be interested.

However, the 16-time Grand Slam champion admitted he didn’t know if it was realistic for him to play singles, doubles and mixed doubles at the London Games.

“Might as well just see if she is available,” Federer said when asked if he would consider playing mixed doubles with Hingis in London.

“Even if she is retired, she might think about it at least.”

Federer said he had mentioned the possibility to Hingis “a long time ago” but had not spoken to her about it recently.

Federer won doubles gold with Stanislas Wawrinka at the 2008 Beijing Olympics, but he has never won singles gold at the Games.

Hingis, playing a pro-am on the opening day of the WTA’s San Diego Open earlier this month, said she wasn’t thinking about coming out of retirement to play in London.

“My life is pretty comfortable now and I’m really enjoying it,” she said.

The former teen star dominated from 1997-1999 but quit the game in 2007 without contesting a positive test for cocaine after proclaiming her innocence.

Were she to reconsider the offer, Hingis would then have to – under strict ITF regulations – make a return to the WTA (if only in doubles), make herself available for the Swiss Fed Cup team and also become available for doping tests.