World No.1 Novak Djokovic continued his near-perfect tennis season with a 6-2 3-6 6-4 defeat of Mardy Fish to win the ATP Montreal Masters. 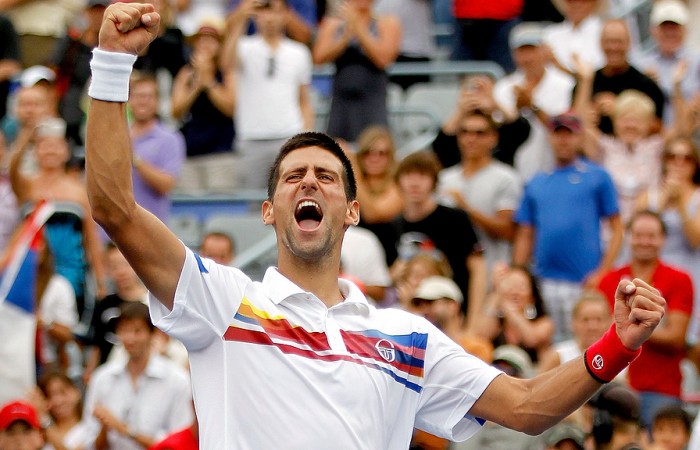 World No.1 Novak Djokovic continued his near-perfect tennis season with a 6-2 3-6 6-4 defeat of Mardy Fish to win the ATP Montreal Masters on Sunday, his ninth title of the season.

The Serb confirmed his ranking, which he claimed after winning Wimbledon, as he beat Fish for the seventh time without a loss.

He stands a phenomenal 53-1 this season, with his only loss coming against Roger Federer in the French Open semifinals.

The 24-year-old is the first player to win an ATP title in his debut as No.1 since Pete Sampras in Hong Kong in April 1993.

Djokovic now stands 27-13 in career finals while Fish, winner of the Atlanta title last month, was competing in his third straight final of the pre-US Open summer.

The sixth-seeded Fish was the only player to win a set against Djokovic this week.

The American saved three match points in the final game from Djokovic errors before the Serb triumphed on his fourth opportunity with a service winner after two hours, 23 minutes.