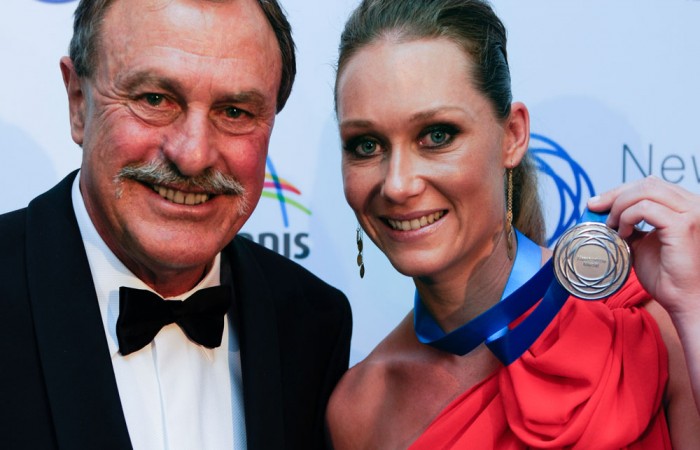 The Australian tennis community will unite on Monday 5 December for the 2011 Newcombe Medal, Australian Tennis Awards black-tie gala, to be staged this year at the Crown Entertainment Complex in Melbourne.

The Newcombe Medal is the premier award for Australia’s most elite tennis player and is named in honour of Australian tennis legend John Newcombe.

“It was great to see Sam Stosur be the first recipient of the Medal, and what pleased me more than anything was the number of administrators and volunteers who were recognised from around the country.

“This year is going to be bigger and even better.  I can’t wait,” he added.

Sam Stosur, Australia’s top player and world No.11, is also looking forward to this year’s event.

“To have a night where all the Australian tennis community can come together and celebrate the sport is very important and will only add to its growth in the future.

“Tennis is such an intrinsic part of our culture in Australia and it has a great history. Recognising those who are doing their best for the sport, now and in the past, will only develop this rich history further.

“I was extremely honoured to be the first winner of the Newcombe Medal in 2010 and I am looking forward to attending the event at Crown this December,” the Australian favourite added.

In 2011 the night will also feature a showcase of Australian entertainment including a headline performance by popular singer Guy Sebastian.

Tickets to the 2011 Newcombe Medal, Australian Tennis Awards are now on sale and reservations can be made for individuals or groups.

Tennis family priority bookings are open until Friday 30 September 2011 and all booking forms and event information can be found at: www.newcombemedal.com.au