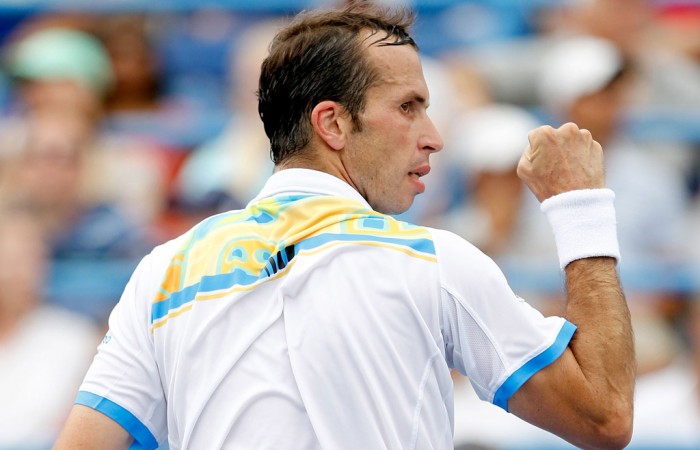 The Czech veteran had lost five of seven prior matches to Monfils, including their most recent clash two weeks ago on Hamburg clay, but dominated his first final since last year at Brisbane for his first title since 2009 at San Jose.

Seventh-ranked Monfils, in his first US final and his first final of any kind since last year’s Paris Masters, fell to 3-11 in ATP title matches, foiled in a bid for his first outdoor hardcourt crown and fourth career title.

Stepanek broke Monfils with a backhand winner down the line in the third game of the match and led 3-2, 30-love when rain halted play. A break lasted three points, enough for Stepanek to hold to 4-2 before another downpour hit.

When play resumed, each man held twice, Stepanek taking the set on a service winner after 54 minutes.

Stepanek broke Monfils again to open the second set, the Frenchman racing down the Czech’s forehand volley but netting a forehand.

Stepanek made the break stand, serving out to claim the victory after 93 minutes with a forehand volley winner as thunder rumbled in the distance.

For the match, Stepanek connected on only 38 per cent of his first serves but won 90 per cent of those points, 19 of 21 overall and 12 of 12 in the final set, and took 63 per cent of points on his second serve.