Royal Sydney Golf Club at Rose Bay has been named as the venue to host the Davis Cup by BNP Paribas World Group Play-off between Australia and Switzerland from 16 to 18 September. 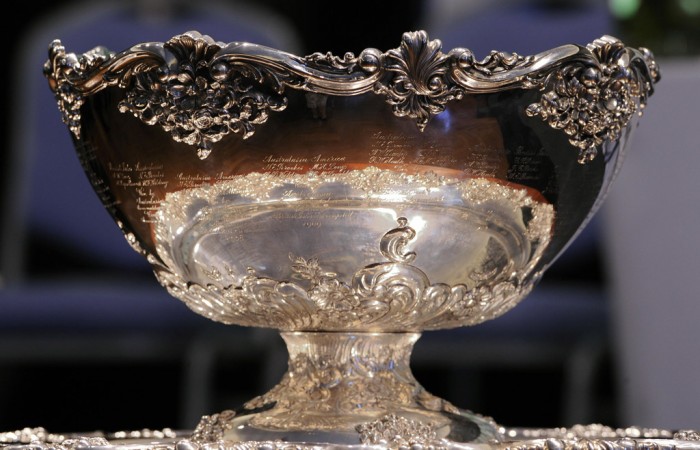 Royal Sydney Golf Club at Rose Bay has been named as the venue to host the Davis Cup by BNP Paribas World Group Play-off between Australia and Switzerland from 16 to 18 September.

The tie will be played on the club’s historic grass courts, once the stomping ground of Sir Norman Brookes, whose name adorns the Australian Open men’s trophy.

Brookes, often referred to as the father of Australian tennis, was an early member of Royal Sydney and had much to do with the foundation of tennis at the club, playing in 10 Challenges between 1919 and 1928.

Brookes played 39 Davis Cup matches for Australasia over 15 ties between 1905 and 1920, and was a member of 12 champion teams. He won the Australian Championships in 1911 and in 1905 became the first non-Englishman, the first left-hander and the first Australian to win Wimbledon. He won again in 1907 and 1914.

“Our team is excited about having a home tie and taking on Switzerland,” Davis Cup Captain Pat Rafter said.

“Our priority is to get back in the World Group and we are doing everything we can to achieve this.

“It will be great to take on the Swiss on the historic grass courts of Royal Sydney in front of what we hope will be a noisy home crowd.”

Royal Sydney Golf Club last played host to a major tennis event in 2001, when Alicia Molik and Nicole Pratt led the Fed Cup team to a 4-1 victory, coincidentally over Switzerland, in a World Group Play-off quarterfinal.

“The NSW Government is thrilled to support Australia’s bid to return to the Davis Cup World Group in 2012 by hosting the World Group Play-off against the Swiss in Sydney next month,” NSW Premier Barry O’Farrell said.

“The Davis Cup is an iconic event in world tennis and holds a special place in Australian tennis and sporting history.

“It is one of world sport’s largest annual international team competitions and an honour roll of tennis legends have participated since the inception of Davis Cup in 1900.

“Australia is one of the most successful nations in Davis Cup history and last won the coveted trophy in 2003.

“Securing major events is front and centre in our strategy to rebuild the NSW economy and we wish Pat Rafter and the Australian team all the best in Sydney this September”, he said.

The second oldest club in Australia, Royal Sydney’s facilities include 13 outstanding grass courts. A temporary grandstand will be erected for the tie and tickets will go on sale later this month.