Hewitt bundled out in Atlanta

Lleyton Hewitt has been bundled out of the ATP Atlanta tournament in the second round by American qualifier Rajeev Ram. 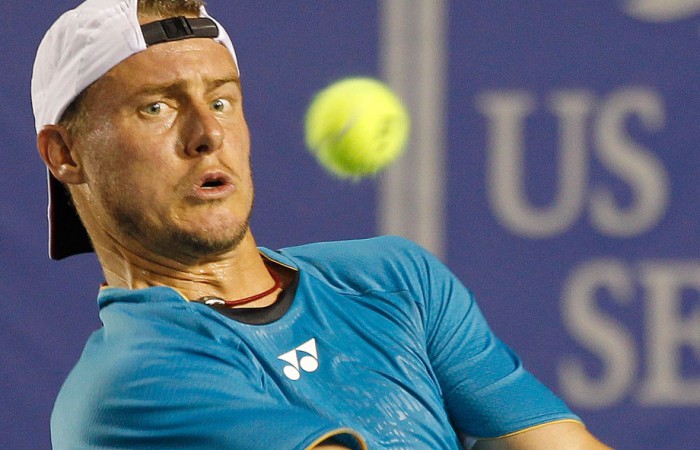 Lleyton Hewitt has been bundled out of the ATP Atlanta tournament in the second round by unheralded American qualifier Rajeev Ram.

The two-time Grand Slam champion, whose ranking has dropped to 174, suffered a setback in his preparations for the US Open after losing 7-5 2-6 6-2 to Ram on Thursday.

Ram’s quarterfinal will be against 19-year-old compatriot Ryan Harrison, who waited out an evening weather delay to beat Belgian Xavier Malisse, the fourth seed, 6-7(3) 6-4 6-4.

Mardy Fish opened his title defence with a comfortable 6-3 6-3 victory over France’s Nicolas Mahut that put the top-seeded American into the quarterfinals.

Fish, who enjoyed a first-round bye, fired six aces and broke Mahut four times to finish off the second-round clash in less than 90 minutes.

Fish showed no ill effects from an abdominal muscle strain that had bothered him since the French Open.

The world No.9 will play on Friday for a semi-final spot against Indian eighth seed Somdev Devvarman, who booked his first quarter-final since late April with a 6-1 6-3 defeat of Japan’s Tatsuma Ito.

The tournament is the ATP’s first stop in the six-week US hardcourt build-up to the US Open, the final Grand Slam of the year that starts in New York on August 29.