Lleyton Hewitt launched his latest US hardcourt campaign with a win over American Phillip Simmonds at the Atlanta Championships. 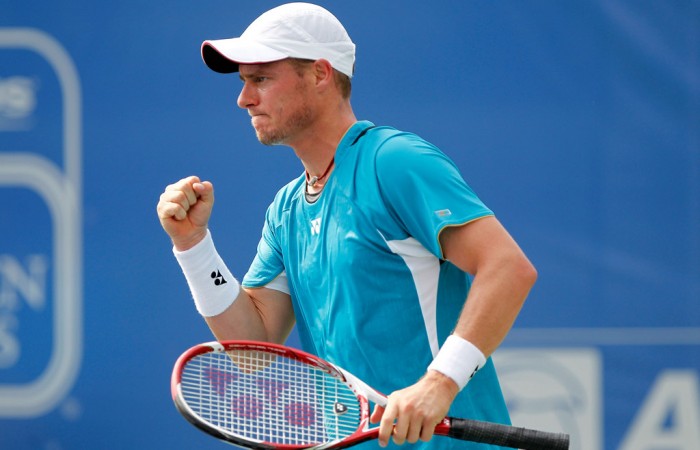 Almost a decade since he beat Pete Sampras to win the US Open, Lleyton Hewitt launched his latest US hardcourt campaign with a 6-4-6-4 win over American Phillip Simmonds at the Atlanta Championships.

The 30-year-old Hewitt finds himself in very different circumstances to those of 2001 as he gears for the year’s final grand slam event.

Ranked a lowly No.174 and attempting to battle back yet again from injury problems, the Australian was playing just his 15th match on the tour this year.

And his season at the grand slams has been a bust – a first round exit to old foe David Nalbandian at the Australian Open, an injury-enforced withdrawal before the French Open and second round defeat by Robin Soderling at Wimbledon.

However, if former world No.1 Hewitt is to add to his 28 career titles, he may get few better chances than in Atlanta.