Australian debutant Marinko Matosevic suffered Davis Cup heartbreak as he lost the opening rubber of the Asia-Oceania tie to China in five sets in Beijing. 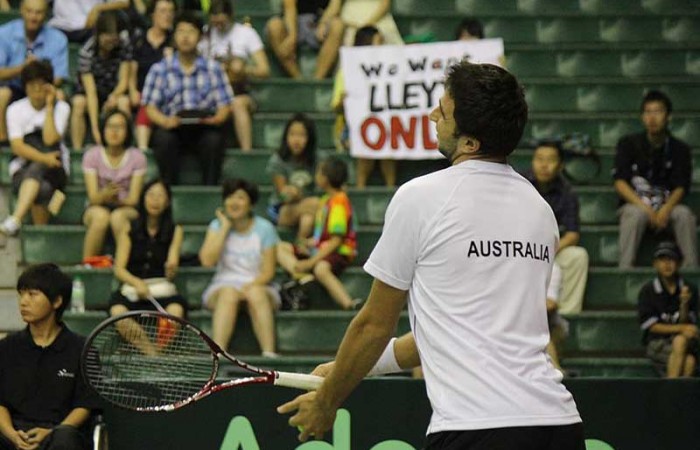 Australian Davis Cup debutant Marinko Matosevic has suffered a narrow five-set loss against China’s Di Wu in the opening rubber of their tie at the Beijing International Tennis Centre.

Both players struggled to hold in the latter stages of the match, but it was Wu who lifted in the deciding set, roused by the 1500 strong crowd.

The victory gave China a 1-0 lead in the Asia Oceania Group One second round tie of Davis Cup by BNP Paribas. The winner earns a berth in the World Group Playoff in September.

“I was just very nervous out there and I made too many unforced errors,” Matosevic said post-match.

“I think I have just got to learn to cope with the moment better in a high intensity environment like Davis Cup.”

“It was very disappointing to get off to a start like this and that my first Davis Cup match is a loss. Hopefully there are plenty more. I’ve got to just keep learning from what I did wrong there today.”

In the reverse doubles on Saturday, Lleyton Hewitt is slated to partner Chris Guccione.