The Chinese Davis Cup team concedes they were taken by surprise by the absence of Lleyton Hewitt from the first day’s singles. 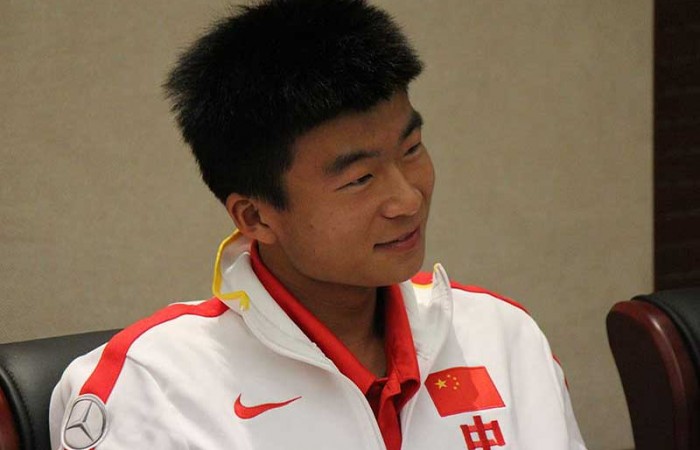 The Chinese Davis Cup team concedes they were taken by surprise by the absence of Lleyton Hewitt from the first day’s singles line ups.

Still, they remain adamant that they will be ready for his replacement, Marinko Matosevic.

The Chinese team has been studying videos of both Hewitt and talented teenager Bernard Tomic fully expecting to come up against the formidable duo at the Beijing International Tennis Centre this weekend.

As Chinese teenager Wu Di explained earlier this week: “ We have been training together for two weeks and are prepared for battle against them (Australia). We have analysed their match videos carefully to set our plans, especially for Hewitt and Tomic.”

Having said that, Matosevic is not completely unknown to them. He did play Wu earlier this year in a Challenger event in Caloundra. Matosevic won that match.

Given the Chinese team has no one ranked in the top 300 the Australians obviously go into the tie favourites.

But China is an emerging tennis nation with a dangerous mix of talent and enthusiasm as Chinese Taipei found out when Wu stunned the highly ranked Yen Hsun Lu in five sets before then clinching the tie against their more fancied rivals with another five set win in the fifth rubber.

“Although we lag far behind in the world rankings, we will play on home soil. That’s our advantage,” China’s captain Zeng Shaoxuan said earlier this week. “Definitely, they are the favourites, but mentally, we have less pressure compared to them.”

The two countries have only played Davis Cup once before which Australia won …mmore than 80 years ago, so there is no Davis Cup form line there!

They do have one surprising edge in the head to heads though.

“I have beaten Tomic before at ITF tournaments,” Wu proudly proclaimed. “Although he is red hot after Wimbledon, the match is still open. We have the chance, and we will play hard.”