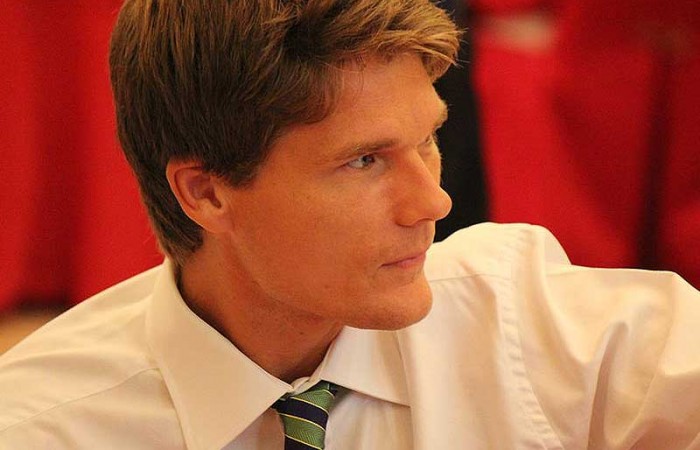 It is a fairly traditional affair, the official dinner.

A couple of days prior to the first match, officials from the two competing countries get with the two teams and say nice things to and about each other.

But Australia’s new captain wanted to make a special mention.

“I don’t normally like to single out any one player but this guy deserves it,” he told the room.

No it wasn’t Australia’s greatest Davis Cup player Lleyton Hewitt who in all likelihood will further enhance what already is the best Australian playing record in the history of Davis Cup.

Nor was it the much-heralded Bernard Tomic who, fresh from a quarterfinal berth at Wimbledon, now wants to emulate Hewitt’s incredible commitment to the national team.

No, Rafter wanted to single out Peter Luczak. And none of his teammates would ever begrudge him that.

For “Looch” IS the ultimate team man.  The guy who will play whatever role the team requires him to play.

Over the years that has involved tasks as enormous as stepping on court first in front of 20,000 screaming Serbians in Belgrade to take on hometown hero Novak Djokovic. But is has also involved training hard for months in the lead up to a tie only to be told a day or two beforehand that he had missed out on a singles berth … more than once that has been to close friend Chris Guccione.

His reaction would normally be along the lines of: “I am disappointed but I am happy for him as I know he would be for me.  We both just want Australia to win the tie, so I will be doing everything I can to help him get ready.”

And of course, to be ready to step in if they needed him in the reverse singles.

Coming into Beijing the Melburnian’s form and ranking are not where he would like them to be. He was not one of the four players named on the team and when the official draw is completed this morning (Thursday) it is more than likely the name “Luczak” will not be on the board.

But this is perhaps why Rafter was singling him out at this time. Looch’s endeavour on the practice court combined with his goodwill and indeed leadership off it, have helped Rafter and his very experienced offsider, coach Tony Roche, put together a superb preparation.

Rest assured, if Australia can navigate its way past China and into the World Group Playoff, Peter Luczak will have played his largely unheralded part yet again. His teammates know it. And certainly his captain knows it. And now, so do we.