Wimbledon champion Novak Djokovic was confirmed as the new world No.1 when the ATP rankings were released on Monday. 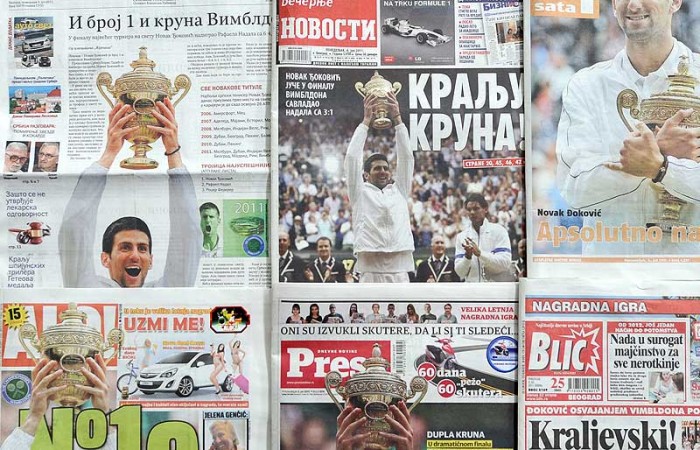 Wimbledon champion Novak Djokovic was confirmed as the new world No.1 when the ATP rankings were released on Monday.

Djokovic, who beat Rafael Nadal in Sunday’s final, was already guaranteed to move ahead of the Spaniard following the Serb’s semi-final defeat of Jo-Wilfrid Tsonga.

Not since Andy Roddick in the week of January 26, 2004 has anyone other than Nadal or Federer been ranked number one.

“This is an amazing achievement to get to the top spot, especially with rivals such as Rafa and Roger,” said Djokovic.

“They made me work so hard and made me improve every day. There are no words to express how good they are but I always thought that I could become number one one day. Both the belief and the hard work took me there.”

It is the natural culmination of an extraordinary first half of the year for Djokovic who has now won 48 of 49 matches in 2011 and claimed eight titles, including the Australian Open and Wimbledon.

At 24 years, 1 month, 12 days, Djokovic is the 25th player since the rankings began in 1973 to hold the number one position and the first Serb to do so.