Australia’s new Davis Cup captain Pat Rafter will be warning his team not to be complacent against a well-drilled Chinese team when they travel to Beijing later this week. 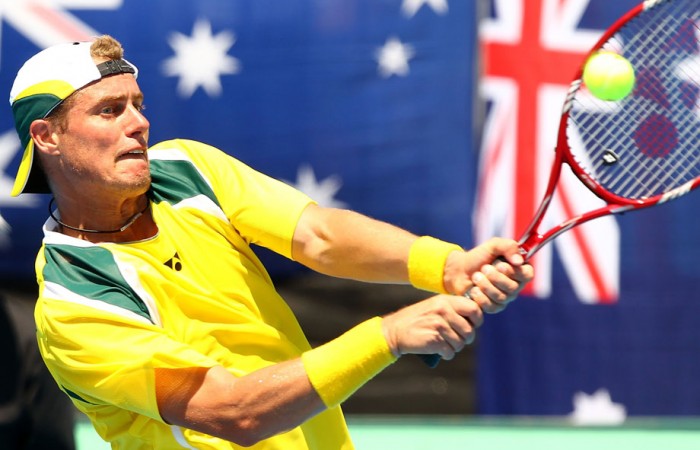 Australia’s new Davis Cup captain Pat Rafter will be warning his team not to be complacent against a well-drilled Chinese team when they travel to Beijing later this week.

The Australians head to the Beijing International Tennis Centre for their Davis Cup by BNP Paribas tie from 8 to 10 July, with the winner earning a berth in the World Group Play-off in September.

Speaking from the Australian team training camp in London, Rafter was happy with his team but still remained wary of their opponents.

“It is a very winnable tie for us and we go in with a very strong team,” he said.

“The Chinese are awkward, they are very disciplined. They do the fundamentals very well, they play very well at home.

“Our biggest problem is if we are complacent and we take them easy. That will be the one thing that I will jam down their throat they will be very tough [to play against].”

The Australians will take a five-player squad and an “orange boy” (junior hitting partner) to China for the tie.

The in-form Bernard Tomic is in the squad alongside former World No.1 Lleyton Hewitt, big-serving left-hander Chris Guccione, the talented Marinko Matosevic and veteran Peter Luczak.

China has named a young team headed up by 19-year-old Di Wu (ranked 409) who was one of the heroes of their Asia-Oceania first-round win over Chinese Taipei when he beat world number 57 Yen-Hsun Lu 9-7 in the fifth set.

The Australians have been practising under the watchful eyes of Rafter and coach Tony Roche on indoor hard courts at Roehampton and aim to be in Beijing by the weekend.