Ivanisevic gives Tomic the thumbs up

Former Wimbledon champion Goran Ivanisevic says Bernard Tomic has the perfect support crew to help him cope with the trappings of his new-found fame. 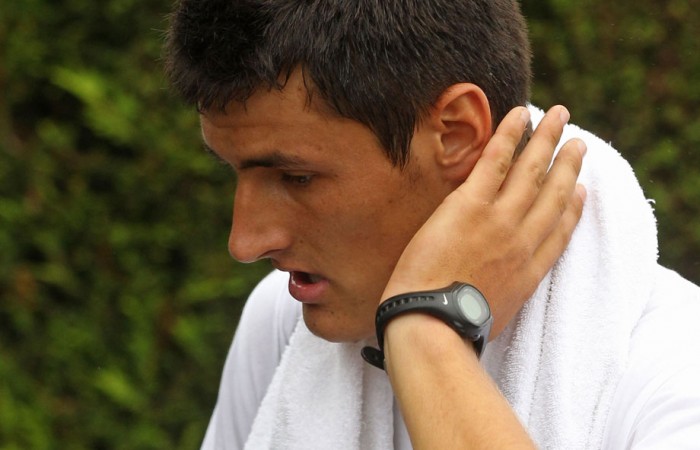 Former Wimbledon champion Goran Ivanisevic says Bernard Tomic has the perfect support crew to help him cope with the trappings of his new-found fame.

Tomic has key members of the colourful Croatian’s former entourage at Wimbledon in the form of coach Mario Tudor and fitness trainer Josko Silic.

“I think his father (and coach John Tomic) is doing a great job with him,” Ivanisevic told AAP.

“My ex-coach is now his coach, my friend is his physical trainer.

“I think he is in good hands.”

Ivanisevic understands better than most what Tomic has experienced at the All England Club in the past week.

He was only 18 when he reached the semifinals in 1990 but it took him another 11 years before finally lifting the coveted men’s singles trophy.

The four-time finalist expected Tomic, who idolises the former big-serving left-hander, to become a top 10 player.

“He is going to be easy top 10, then it depends on him whether he can become top five,” Ivanisevic said.

“One, two, three, nobody can know.

“I will be very shocked if he does not reach the top 10.”

Ivanisevic spent large chunks of a rain-affected Tuesday hanging out with the Tomic camp at the players’ restaurant after flying in for the legends’ matches.

The attention levels on Tomic have increased dramatically in the past few days after arriving at the tournament as a qualifier and with a world ranking of 158.

The world’s press want to know every detail of his life, even which shower he is using in the changerooms at Wimbledon.

Ivanisevic said Tomic must embrace his success at SW19 and the doors that it will open up for him.

“It is great, you are not anymore a young boy or a young junior,” he said.

“He is Bernard Tomic and everybody is scared of him and he can beat anybody.

“He proved it here.

“In the future it is going to be easier, he will be able to play all the big tournaments without qualifiers and he is well known.”

Ivanisevic said Australia should be thankful to have Tomic in its ranks.

“I know after Lleyton [Hewitt] and Pat [Rafter] that you need somebody but that does not happen overnight,” he said.

“He has a great future in front of him and you are going to hear a lot about Tomic in the future, you are lucky to have him.

“After a long time you are going to have another great player.”

Tomic is due to play world No.2 and good friend Novak Djokovic for a spot in the semifinals on Wednesday (Wednesday 22:00 AEST). The match will be broadcast live on 7TWO.