Australia's Jarmila Gajdosova says she must build big match confidence if she wants to crack the world's top 20 by the end of the year. 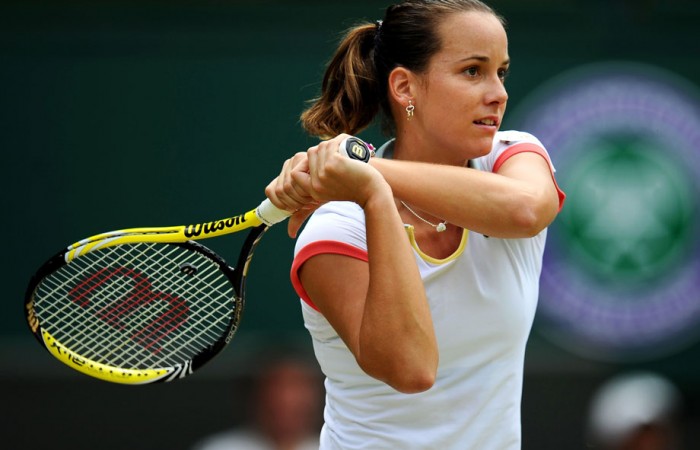 Australia’s Jarmila Gajdosova says she must build big match confidence if she wants to crack the world’s top 20 by the end of the year.

The world No.28 was knocked out on Centre Court at Wimbledon in the third round by top-ranked Dane Caroline Wozniacki but says such experience is crucial for her career progression.

“Lately I’ve been getting [a] shot at the top girls, the top 10s quite a lot, pretty much every week, and I’m coming close to them. A few I beat, [a] few I lose in close matches,” said the Slovakian-born Gajdosova.

“So, yeah, maybe just play them [a] few more times until I actually learn those big points, how to play them.”

Coach Gavin Hopper agrees with his protege’s approach but adds that Gajdosova’s development is on track.

“I said at the start of the year ‘you’ve got to play 30 of these before you even get a feel for it’.

“She’s got to learn what to do when she’s out there against the big girls.

“I think she was a little ahead of schedule. I think she’s now where she should be. We’re actually just moving exactly how I would expect us to move.”

“I’d love Amanda to talk to her about this process (of development),” Hopper said.

“When I worked with her for three-and-a-half years, she went from (ranking) 25 to three. But after two years, she was still trying to make that step and then all of a sudden it happened.”

Gajdosova will head to Istanbul for training before the American hardcourt season starts next month in the lead-up to the US Open which begins on August 29.