Former champion Lleyton Hewitt has declared himself ready to play his opening round match at Wimbledon this week despite carrying a foot injury. 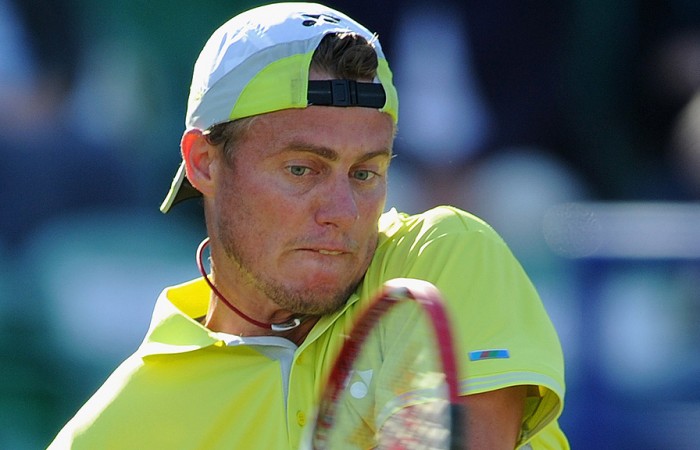 Former champion Lleyton Hewitt has declared himself ready to play his opening round match at Wimbledon this week despite carrying a foot injury.

The 2002 title holder is due to play Japanese youngster Kei Nishikori on Tuesday exactly a week after being forced to retire mid-match from a lead-up event in Eastbourne.

Hewitt struggled against Belgian Olivier Rochus last week, trailing 6-2 3-0 when he finally pulled the pin because of the stabbing pain in his left foot.

The Australian had a 45-minute training session on the practice courts on Sunday but it was far from an intense work out by his standards.

Not that he had any doubts about making his 13th straight appearance at Wimbledon, a tournament he holds so dearly.

“Not in my mind, I was always going to take the court,” he said.

Hewitt is expected to require painkillers for the match despite them failing to do the job for him last week on the English south coast.

The bad weather predicted this week in south-west London could work in his favour by possibly pushing his match on Tuesday back another 24 hours.

Not that the two-time grand slam champion believed he needed the extra time.

“Tuesday will be fine,” he said.

The Australian had surgery on his troublesome foot in March before pulling out of the French Open only hours before his opening round match because of a flare-up of the complaint.

The world No.130 tweaked his foot again at the grass court event in Halle earlier this month before looking all at sea against world No.89 Rochus last week.

“The practice I have had so far has been pretty good and encouraging so I have done absolutely everything I can,” he said.

Hewitt said it was difficult to gauge how well the foot was healing, the inclement weather in recent days also restricting his time on the practice court.

Nishikori enters the tournament in form on grass, having reached the semifinals in Eastbourne.

The fleet-footed 21-year-old has never won a match at Wimbledon, retiring at one set all on debut in 2008 against Frenchman Marc Gicquel and being rolled by Rafael Nadal last year.

If Hewitt is able to drag his body over the line against world No.59 Nishikori, it only gets tougher for him in the second round.

Waiting for him will be the winner of the clash between fifth seed Robin Soderling and in-form German Philipp Petzschner.