He is an unabashed fan of Lleyton Hewitt but Kei Nishikori intends on driving another dagger into the Australian's career. 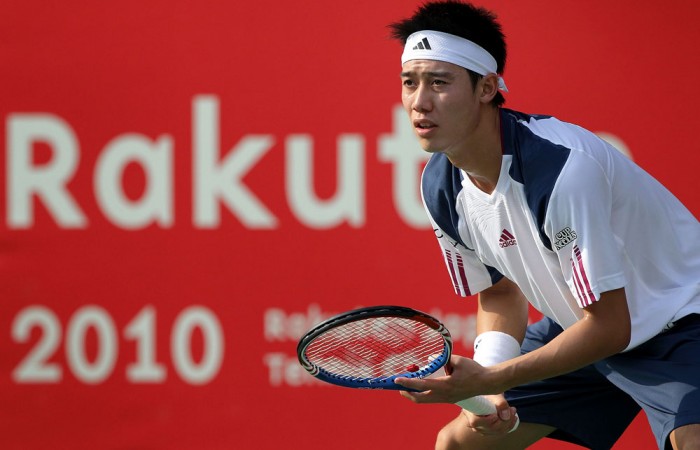 He is an unabashed fan of Lleyton Hewitt but Kei Nishikori intends on driving another dagger into the Australian’s career in their opening round Wimbledon clash.

The young Japanese player was only 12 years-old when Hewitt captured the Wimbledon title in 2002 and has the sort of movement the Australian can only dream about at present.

Hewitt is determined to step onto court in south-west London but his troublesome foot makes him long odds to progress despite his renowned fighting spirit.

In a worrying sign for the Australian, world No.59 Nishikori has found some touch on grass in the lead-up by reaching the semi-finals in Eastbourne.

The 21-year-old has the sort of running game that world No.130 Hewitt does not need at the moment with every extra ball the Australian needs to hit leading him closer to his foot problem flaring up again.

Nishikori, who trains at the famed Nick Bollettieri Tennis Academy in Florida, sounded a bit like a school kid about to take on his hero.

“I always saw him play when I was little,” he said.

“It’s a strange feeling to play him.”

Nishikori was fully aware of Hewitt’s physical problems, having been in Eastbourne when the Australian retired mid-match against Olivier Rochus on Tuesday.

“He’s one of the great players and he likes grasscourts too, so it’s going to be a really tough match,” he said.

“It’s going to be a big match for me.

“Even this week he couldn’t play.

“But I’m not going to think he’s injured when I’m playing against him.”

Nishikori has never won a match at Wimbledon, retiring at one set all on debut in 2008 against Frenchman Marc Gicquel and being rolled by Rafael Nadal last year.

If Hewitt were to lose in the opening round, his ranking could potentially blow out beyond 200 and force him to have to search for wildcards during the US hardcourt season.