Federer eyes the roadblocks to No.7 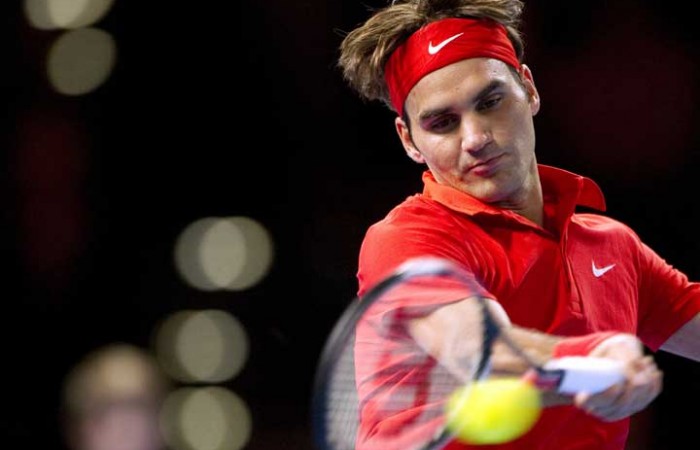 Roger Federer can picture himself lifting a record-equalling seventh Wimbledon title, but can also sense the dangers posed by Rafael Nadal, Novak Djokovic and Andy Murray.

Federer, now without a grand slam title since his 16th major at the 2010 Australian Open, was stunned by Czech Tomas Berdych in the quarter-finals last year, as his attempt to match Pete Sampras’s record of seven titles was shattered.

It was his earliest exit at the All England Club since his first-round loss to Mario Ancic in 2002.

But the 29-year-old Swiss has been buoyed by his unexpected run to the French Open final, where he came up short against Nadal, after ending Novak Djokovic’s 43-match winning streak in the semi-finals.

“I know I could tie with Sampras here. It’s obviously something very special and important,” said Federer, who starts his campaign against Kazakhstan’s Mikhail Kukushkin.

“For me if I close my eyes and think about Wimbledon, it’s the moment when I lift the Wimbledon trophy. That’s the picture I see the strongest.”

But clouding that view is defending champion Nadal, who beat Federer to win a sixth French Open two weeks ago, as well as Australian Open champion Djokovic and Queen’s winner Murray, bidding to end Britain’s 75-year wait for a men’s champion.

World No.1 Nadal took his grand slam title tally to 10 with his latest Roland Garros triumph – his fourth final win in Paris over Federer – and is now only six majors behind the great Swiss.

The Spaniard will be chasing his third Wimbledon trophy and time is on his side.

He is almost five years younger than Federer who, at 29, will be acutely aware that Sampras’s seventh and last Wimbledon triumph in 2000 came two months before he reached the same age.

“When you talk about these statistics, when you try and make these comparisons, really it’s not very interesting to me,” said Nadal, who faces America’s Michael Russell in the first round on Monday.

“I’m very happy with what I have, with who I am. I’m not the best player in the history of tennis. I think I’m amongst the best. That’s true. That’s enough for me.”

Djokovic, who is poised to depose Nadal as world No.1, has yet to make a Wimbledon final, losing in the 2010 semi-final to Berdych in straight sets and to Nadal, also in the last four, in 2007.

But the world No.2 Serb, who skipped the traditional Wimbledon warm-up at Queen’s Club because of tendinitis, has been tipped to finally succeed at the All England Club by Andre Agassi.

“I think he will be even better there and hungrier for success,” said 1992 champion Agassi.

Djokovic goes into Wimbledon insisting that the end of his winning streak will not be a burden.

“It was the best five months of my life, my tennis career,” said the Serb, who meets France’s Jeremy Chardy in his opener.

“I cannot complain. It was definitely an incredible period. It had to end somewhere. I knew it was coming. But it’s sport. I will keep on working hard.”

World no.4 Andy Murray, bidding to become Britain’s first Wimbledon men’s champion since Fred Perry in 1936, made the semi-finals in 2009 and 2010.

His 6-3 6-1 win over three-time All England Club finalist Andy Roddick in the semi-finals at Queen’s gave every indication that the ankle injury he suffered at the French Open is a thing of the past.

“It was one of those days where I hardly missed a ball,” said Murray, who faces Spain’s Daniel Gimeno-Traver in the first round.

Roddick will be a sentimental favourite to do well at Wimbledon having been runner-up to Federer in 2004, 2005 and 2009.

That final two years ago is widely-regarded as one of the finest of all time with Roddick edged out 16-14 in an epic final set.

Roddick’s fellow American John Isner will also be at the centre of attention after he was drawn to face France’s Nicolas Mahut in a rematch of their clash last year which, at 11 hours and five minutes, was the longest match in tennis history.