Jelena Dokic says she is at her career best going into Wimbledon. 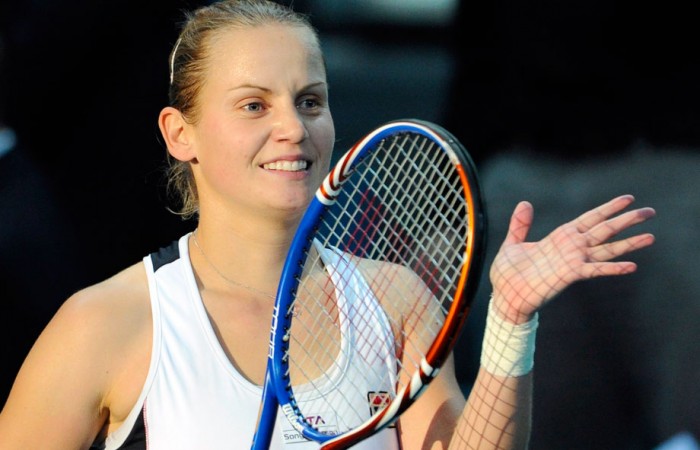 Jelena Dokic says she is at her career best going into Wimbledon.

The 28-year-old who on Saturday faces Roberta Vinci in the final of the Unicef Open – a pre-Wimbledon WTA tournament in Holland – claims her return to form comes with valuable playing experience and mental preparedness.

“I think I’m a much better player now than I was before so if I can keep going and keep playing well I think I will be … much more experienced now,” Dokic told a reporters in Rosmalen on Friday.

“When you go through a lot you have a lot more experience, you know how to deal with certain situations.”

In the first round next week she meets former French Open champion Francesca Schiavone.

In her three meetings with the world number seven Italian, Dokic has emerged victorious, including when they met in Kuala Lumpur in February.

“I’m looking forward to that match actually because we played in Kuala Lumpur on the hard court and a pretty high-bouncing court that maybe suits her a little bit more and on grass I think maybe I have a little bit of an advantage,” Dokic said.

“I play a little bit more aggressive than her and I play more flat and her top spin game, she cannot use it as much maybe as on clay in the French Open, so it’s tough for both of us to play that match first round but I’m looking forward to the match.”

Of her Wimbledon draw, Dokic said “It’s not maybe the best draw but it’s definitely not the toughest”, adding that Rosmalen has been excellent preparation.

“I am happy that I have been able to win all these matches here and I haven’t lost a set yet, so a great sign for me. I have to be happy with my form,” she said.

Dokic is one of four Australians in the main draw of Wimbledon’s women’s singles, along with Samantha Stosur, Anastasia Rodionova and Jarmila Gajdosova.