Serena Williams hit the wall in her career comeback at Eastbourne on Wednesday, with top seed Vera Zvonareva sending the American back to the practice courts. 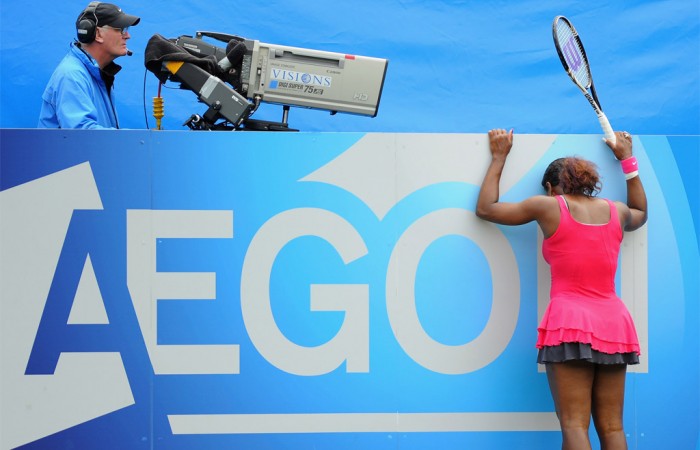 Serena Williams hit the wall in her career comeback at Eastbourne on Wednesday after only one victory, with top seed Vera Zvonareva sending the American back to the practise courts.

Williams was appearing in Eastbourne for the first time after two operations on a foot she cut after last year’s Wimbledon followed by further surgery in February to remove blood clots from her lungs.

Zvonareva lost to the American in the last match Williams played prior to this week, the All-England club final nearly 50 weeks ago.

“It was definitely tough,” said the winner, also a US Open finalist last autumn.

“Serena is such a champion. She’s making an unbelievable comeback. We had a battle out there.”

Williams served for a straight-set victory leading 5-4 in the second set only to double-fault it away.

That gave Zvonareva new life, with the Russian showing mental strength in a see-saw contest as Williams struggled in saving 15 or 21 break points and producing seven double-faults.

After squaring the sets, Zvonareva, who held a 5-2 lead at one point, was unable to convert on three match points in the tenth game of the third, dropping serve for 5-all.

But the relieved Russian re-broke a game later and finally served out the victory.

“I was trying my best, everything was tough. I’m happy with how I played and I’m very happy to get this win,” said Zvonareva.

Venus Williams, 33rd and coming back after missing five months with an abdominal injury, managed an easy win, advancing to the quarter-finals 6-3 6-2 over Ana Ivanovic.

“I just need to continue.