Hewitt in doubt for Wimbledon 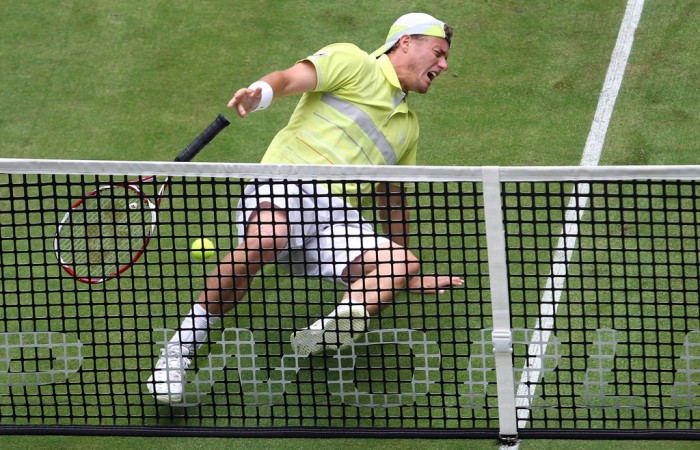 Former champion Lleyton Hewitt’s career is under a cloud after aggravating his foot injury in a key Wimbledon lead-up tournament.

Trailing 6-2 3-0 to world No.89 Olivier Rochus in his opening round match in Eastbourne, the stabbing pain in his left foot forced the Australian to retire midway through the encounter.

The injury-troubled former world No.1 surprised his Belgian opponent by shaking his hands at the change of ends before putting his racquet in his bag and leaving the court.

Hewitt said he was no certainty to play at Wimbledon, which starts on Monday.

“I still feel like in another week, at least another five days I think I can get good treatment, with the right people behind me and a couple of easier days, hopefully it can start to get a little bit better.

“It is a little bit frustrating.”

His exit is a savage blow to his prospects of trying to stop his ranking from ballooning out even further.

He is currently sitting at 130 – his worst position in 13 years and is set to drop the points gained from reaching the fourth round at SW19 last year.

Hewitt said that despite taking painkillers on Tuesday that the injury was too much for him in his fourth match back following foot surgery in March.

He pulled out of last month’s French Open after aggravating the problem and said he had “stirred up” the injury during last week’s match against German Philipp Kohlschreiber at the ATP tournament in Halle.

He said he had been “touch and go” to play at Eastbourne but had decided to try to gain some much-needed match practice before the third grand slam of the year.

“It is a little bit frustrating because I am really happy with my ball striking at the moment but my movement is such a big part of my game,” he said.

“So that is the most frustrating thing and it gets more frustrating when you do all the right things to put yourself in a position.

“This is one of my favourite times of the year, so to not be 100 per cent and try to go out there and be competitive is not easy.”

Hewitt is the only Australian player that has earned automatic qualification for the men’s singles at Wimbledon this year.

However there is guaranteed to be some Australian presence on the men’s side following the second round of qualifying.

Teenager Bernard Tomic is just one victory away from a spot in the main draw while compatriots Marinko Matosevic and Chris Guccione are set to battle it out for a spot on Thursday.

Tomic has shown some encouraging signs on grass in the past fortnight in Nottingham and comfortably accounted for Colombia’s Robert Farah 6-1 6-4 on Tuesday.